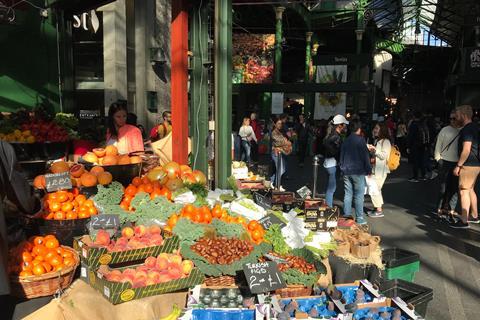 I just signed the petition to save Nour Cash & Carry in Brixton’s Market Row, an exceptional food emporium that has served its local community for over 20 years.

Hondo Enterprises, which is run by Texan socialite and DJ Taylor McWilliams, bought this bustling, lovably scruffy indoor market in 2018. At that time it said: “We look forward to beginning a conversation with traders, the local community and Lambeth Council in the coming weeks and months as we develop our plans to protect and enhance the market.”

Less than two years on, that conversation has soured. Hondo has served Nour with a notice to quit, and as yet, it has not offered alternative premises in the market that Nour considers to be equivalent and viable.

The sadness here is layered. Nour is one of the most affordable and best-stocked international grocers in the UK. It employs a small army of workers of varied nationalities, many of whom are women. No matter however little they have to spend, all customers are welcome. There’s anger too. Nour is the keystone that supports other businesses in this steadfastly diverse, genuinely independent market. Without Nour, the path would be clear for its embourgeoisement, mirroring the ongoing social cleansing of Brixton.

In Tottenham, the Latin Village is another covered marketplace under threat from ‘improving’ pressures. How irritating such thriving, grassroots business ventures must be to property developers itching to cash in on our much-vaunted millennial ‘food revolution’. Genuine diversity can be so profitably replaced with fake diversity. Public space can be so lucratively privatised.

An explosion of ‘cool’ food courts and walled-off markets has hit London. This wave of monetised fakery fans outwards, so far to Liverpool, Birmingham and Manchester, with overpriced street food as its vanguard, and repurposed shipping containers bringing up its rear. Ventures of this ilk serve up sanitised multiculturalism, which is never to be mistaken for the real thing.

“I would emphasise that we have been and continue to actively pursue options to retain them [Nour] within the market”, Hondo’s senior assets manager, Jamie Giffard-Taylor, tells me. Try harder, is all I can say. If you force Nour out, Brixton will never forgive you.