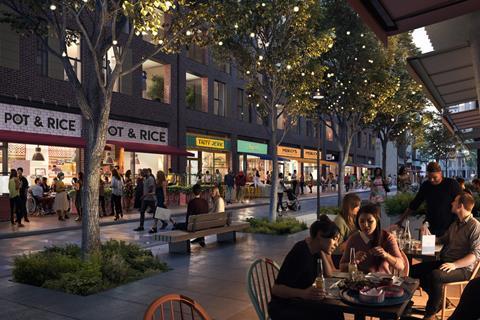 UKHospitality has become the latest industry body to call on the government for help for the high street in the forthcoming Budget.

The group, which represents 3.2 million UK workers in the hospitality sector, has called on new Chancellor Rishi Sunak to cut the business rates mulitplier by 10% for a year, using funding from central government. It also wants a wider ”fundamental review” of the business rates system “at the earliest opportunity”.

They are among a raft of demands from UKHospitality, which also include raising the employer National Insurance contributions threshold to help businesses pay higher wages.

The group wants the Apprenticeship Levy to be reformed to boost take-up across the sector.

It is calling for a proposed review of alcohol taxation to incentivise out-of-home consumption.

It also wants a reduction in VAT for the accommodation and food and drink industry, a review of EU regulations to remove any that unnecessarily hamper business, and investment in local transport infrastructures.

UKHospitality said failure to provide such support would jeopardise tens of thousands of jobs.

It follows calls last week from 50 retail bosses, including the CEOs of Asda, Sainsbury’s and M&S, for then Chancellor Sajid Javid to overhaul business rates to save struggling retailers.

“The upcoming Budget is a key moment for the government and new Chancellor to demonstrate their commitment to the sector and to recognise that we are a serious player and a powerful driver for positive economic growth,” said UKHospitality CEO Kate Nicholls. ”Hospitality is well placed to contribute positively, having achieved higher and faster growth in output, wages and productivity than the economy as a whole in recent years.

“Our message remains simple, clear and consistent: unleash hospitality’s potential and it will unleash Britain’s potential. With the right stable and supportive tax and regulatory framework we can boost employment, skills and career opportunities, secure investment in regeneration and unlock the value of our social capital to unleash Britain’s global potential.”