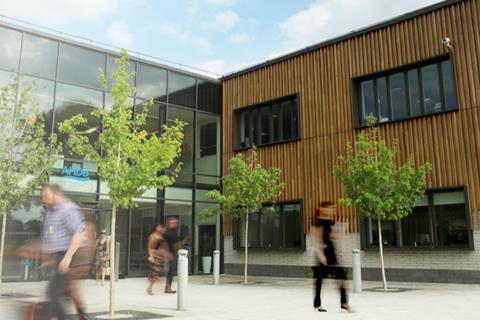 Just under a third of AHDB’s workforce is facing redundancy after the levy board announced it was “winding down” significant activities in its horticulture and potato divisions.

The move puts up to 140 full-time equivalent roles out of AHDB’s total workforce of 473 under threat. It follows votes to abolish the body’s compulsory potato and horticulture levies by levy payers earlier this year.

AHDB said any potential redundancies needed to be authorised by Defra ministers, but a business case had been put forward for the proposed job cuts, which incorporated changes related to its horticulture and potato divisions in addition to a “reorganisation of AHDB in line with the efficiency commitments already made”.

The ultimate future of the two divisions also rests with ministers, and while AHDB said it was still awaiting a decision, it stressed its move would “reassure levy payers their views have been heard following recent ballots in the two sectors”. It had previously faced criticism from growers over what they saw as the questioning of the vote results.

AHDB is now stopping programmes of work that could be restarted in the future by grower associations, individual growers or the supply chain.

The levy board said it would continue to deliver limited emergency work on pests and diseases, including the extension of authorisation for minor uses, and some contracted research work.

Interim CEO Ken Boyns said the proposals were the responsible thing to do while waiting for ministers to decide on the future of the levies.

He also urged levy payers to be patient during the period of transition. “We are taking a responsible approach in winding down our work programmes for the horticulture and potato sectors,” he said.

“In addition, we have to recognise operational liabilities associated with contracts, people and assets. This means that some level of levy will be needed in 2021 to supplement sector reserves to cover these costs as we manage the change.”

However, he added invoices would not be issued until AHDB had received a ministerial decision on the future of the levy.

“I would also hope that even those who voted against continuation will understand that it will take a little time to make the changes that we need to make,” he added.

“We have a large number of knowledgeable and conscientious staff whose future is now uncertain given that we will be making substantial reductions in our headcount over the coming months and we would ask growers to respect the contribution they have made to horticulture and potatoes and the personal empathy required as we implement these changes.”