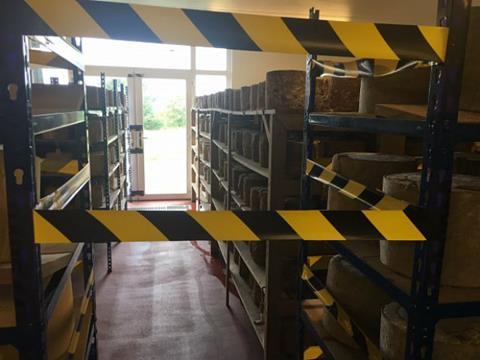 South Lanarkshire Council had refused to release batches of Errington’s Corra Linn cheese for sale after it was implicated in an e.coli outbreak two years ago

Scottish cheesemaker Errington Cheese has been forced to lay off its remaining staff due to the effects of its long-running dispute with Food Standards Scotland and South Lanarkshire Council.

In a statement on its website, the cheesemaker said South Lanarkshire Council had refused to release batches of its Corra Linn cheese for sale after it was implicated in an e.coli outbreak two years ago which resulted in the death of a toddler.

Despite the council and FSS initiating enforcement action at the time, criminal charges were never filed against the cheesemaker due to lack of evidence.

And in a bid to clear its name, Errington brought a civil action court case against the council, which saw a sheriff clear the brand of any breaches of food safety law and reject the council’s application to destroy its entire stocks in July.

Food safety: how can small companies defend themselves?

But despite the ruling, Errington claimed South Lanarkshire Council had refused to release the entire batch of its 2016 Corra Linn, leaving it with none of the cheese variant available until the next consignment matures in November this year.

“My sales of cheese are less than 25% of what they were two years ago and because the sales are going to be reduced again by 50%, I simply cannot afford to pay their wages,” said owner Selina Cairns on the company’s website.

“With a heavy heart I have had to lay off my two remaining staff members for which I feel really terrible as they have stood by me over the past couple of years.”

Food Standards Scotland had refused requests to remove its Food Alert For Action (FAFA) from its website in the wake of the court’s decision, making its 2016 Corra Linn cheese unsellable, added Errington.

A new hearing has been set for 4 September in which the sheriff is set to make judgements on whether the cheese must be released to Errington and who should cover its legal £350k costs. The cheesemaker said its recent correspondence with South Lanarkshire Council suggested the council was planning to appeal the judgement.

Food Standards Scotland said it was “carefully considering the implications of the judgment for food safety in Scotland while awaiting the sheriff’s final orders”.