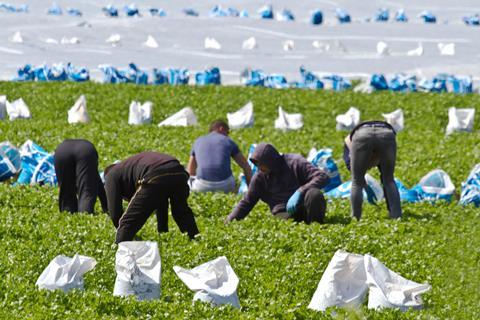 UK fresh food businesses have seen thousands of applications from Brits following the launch of recruitment drives for domestic workers amid the coronavirus pandemic.

Applications from UK workers for roles picking fresh produce have almost doubled in little more than a week, whilst poultry processor Moy Park has hired 400 temporary workers since launching a recruitment drive two weeks ago.

The ethical labour provider, which has teamed up with its main competitors Concordia and Fruitful in a bid to tackle concerns coronavirus could see a shortage of seasonal labour, is now placing successful applicants for roles beginning between now and May.

Meanwhile, G’s has reported a “steady stream” of applications following the launch of its Feed our Nation campaign last week.

“We continue to keep campaign momentum up through social media, university outreach to attract students and ongoing dialogue with the broader food industry, hospitality and leisure who may have people that can be redeployed,” said group HR director Beverly Dixon.

Launching what it called its first-ever nationwide recruitment campaign on social media, its CEO Ronald Kers called for “several hundred” permanent and temporary staff as it tried to keep up with increased demand brought about by the virus. Kers said the opportunities on offer ranged from factory work to logistics roles

As The Grocer has reported since the beginning of the coronavirus pandemic, British workers have been particularly sought after by the sector as it ramps up production to meet increased consumer demand.