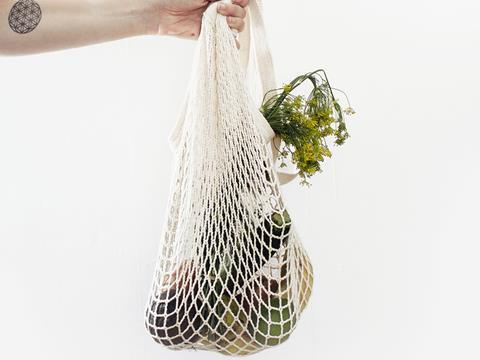 ”What consumers want, above all, is quick and easy swaps and solutions”

Some environmental initiatives have been postponed as a result of the coronavirus. DRS for one. The tax on plastic bags. And the ban on single-use plastic straws and spoons.

But what about single-use plastic teabags? Incredibly, until now, all of the leading tea manufacturers have delivered tea in bags either made or glued (or both) with plastic. At long last, however, PG Tips, after introducing biodegradable bags on a single SKU back in 2018, has gone ‘plant-based’ across the entire range, including the outer packaging.

It’s a small victory for the planet. And it shows how difficult it is if even Unilever – which is more enlightened than most of the fmcg giants on the environment – has taken this long to do it.

What’s clear, however, is the continuing consumer appetite for initiatives like this, and for progress on the environment, despite the impending recession and growing job losses. True, germophobic shoppers are swerving ‘unpackaged’ fixtures (if they’re still there), and favouring plastic packaging over loose goods (despite plastic acting as a germ carrier for 72 hours).

Will coronavirus safety concerns kill off the DRS?

But concerns over the planet haven’t suddenly gone away. In fact, 55% of consumers have grown ‘more’ concerned about the environment since the pandemic. So it’s good that retailers and manufacturers are still following through on initiatives.

What consumers want, above all, is quick and easy swaps and solutions. Because they still care about the planet. It’s little wonder, for example, that femcare brand Callaly, inventor of the ‘tampliner’, has raised over £1m in its first campaign to fund overseas expansion. It’s not just the fact this is a trendy DTC operation. Consumers have also been drawn to the fully biodegradable, recyclable packaging.

Even closed loop DTC supermarket Good Club, which put its crowdfunding campaign on hold amid initial concern over the safety of returning its reusable packaging, has been able to reassure not only customers but investors, smashing its £600k target within days from over 400 investors.

As to the new paper wine bottle, I have no idea if it will catch on. And glass is at least easy to recycle. But I hope it does.