Costcutter boss Sir Michael Bibby should hand over the keys 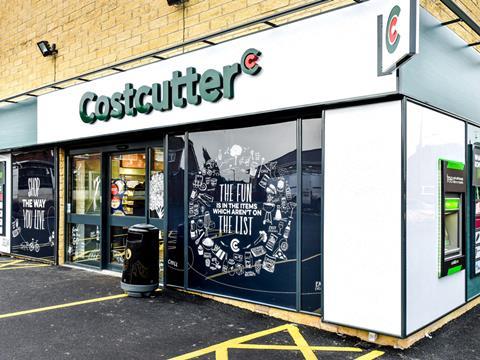 A week ago Costcutter told The Grocer it was in “remarkably good shape”, considering it had lost 400 stores in a single year. Remarkable indeed given it’s lost 800 since 2015, and no doubt more in 2018. And to think, it was once setting a target of 3,000 stores. The figure today is more likely nearer 1,000.

So, with a new supply agreement in place with the Co-op, it looked like the perfect time for Sir Michael Bibby to sell up. To back down gracefully.

His acquisition of Costcutter had been an unmitigated disaster. Having forked out £115m, his decision to split from Nisa in 2013, and to team up in a buyco with Palmer & Harvey, had resulted in £60m losses. Only thanks to the profits of Bibby’s financial services arm was Costcutter able to keep going.

His customers - independent symbol operators - could not afford to run their businesses in such a way, with their own sales and profits badly hit by the appalling supply levels. They’ve abandoned Costcutter in their droves these past five years.

And crucially he didn’t just lose stores here and there. He lost big wholesale accounts to rival symbol groups. Operators like Ron Ford in Barnsley, Najib Khan in London, Darren Briggs in the Midlands and Seelan, also in the Midlands, who took their valuable multiple accounts to Budgens, Nisa, Best-one and Premier respectively.

In some cases, Costcutter retailers simply sold up, like Suresh Sharma, who sold his three Sussex stores to McColls.

As a result, the wholesale business was worthless, at least in the eyes of Bestway, which offered Sir Michael £1 in February to put him out of his misery.

So when the Co-op came in with a £15m offer last month you might have expected him to bite their hands off. Especially since he plans to step down from the family business by the end of the year. It was a chance to wipe this slate clean.

Yet he’s rejected the offer, holding out for more. Why?

True, there are 120 company-owned stores, in good locations and many with decent sales (£20,000-£30,000 per week). McColl’s and Blakemore might be interested in those, and could leave the symbols to get on with it. But the chances are slim. With a five-year agreement the Co-op is in the driving seat. McColls or Blakemore would have to buy their way out of the contracts on the company-owned stores, adding a nine-figure sum to the cost of any deal. It’s more likely they would wait.

So, like I said, the Co-op is in the driving seat. And if he knows what’s good for him, Bibby should hand over the keys. Stick to the ships, Sir Michael. And get out of those shops.