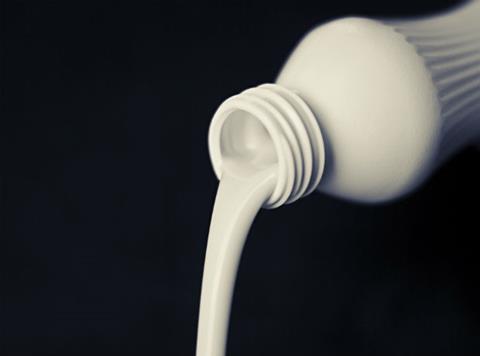 Milk is not a brand. If it were, with sales of £3.1bn in the off-trade, it would be the UK’s biggest by some margin. But, unfortunately, milk is not a brand. It’s a commodity. As we’ve revealed in the past, milk is cheaper than water. And at 40ppl (give or take), the price of milk is almost 12 times as much as, say, a can of Red Bull (470ppl).

This is a hugely unfortunate situation because milk not only tastes great, it is an incredible force for good: it’s good for farmers, and the future of our countryside. And it’s full of goodness: it’s nature’s own sports and energy drink (quenching thirst and outperforming all manner of ‘isotonic’ drinks in studies in terms of recovery). And with its high protein content, it’s a useful weapon in the war on obesity, if only the Department of Health could see the wood for the trees.

Exclusive research for The Dairymen shows fat is still a big barrier for consumers. This isn’t helped by the fact that whole milk is referred to as full-fat (when it’s far lower in fat than most people realise) and a real rethink is required to overcome some of these barriers.

If milk were a brand, a cohesive category management plan to do just that would be in place. Instead it’s at the whim of disparate buyers with disparate agendas. And it’s always in its own silo. But milk shouldn’t just be in a dedicated milk section. It needs to be in soft drinks fridges and fixtures, nestled alongside the Cokes, Vimtos, Red Bulls, Lucozades and Tropicanas. And (mostly) it’s not.

It certainly wasn’t at the Little Waitrose on a motorway service station I visited en route to my holiday. Not a single milk SKU was to be found in the soft drinks fixture. Or none, at least, that wasn’t stuffed full of added sugar and other sickly flavourings. And the only options in the milk fixture were unfeasibly large for an on-the-go occasion. Where were the small cartons? The straws? The sports caps? And of course, where was the colourful (or cool) branding? Those two and four cartons looked every inch the commodity lines they are.

In recent years we’ve seen protein-enhanced milks come on the market. And some of them are doing well. Good luck to them. But milk doesn’t need protein enhancers to aid recovery, any more than it needs sugar and sickly sweeteners to improve taste. It’s sweet enough already.

That’s why I was so interested to see Arla develop a 250ml bottle of Cravendale semi-skimmed milk (rsp 65p) earlier this year. Arla has done a great job delivering longer shelf life, distinctive product development and - particularly via its Lactofree brand - strong branding to the category (I still struggle with Cravendale’s aseptic look). And those 250ml bottles are not only going great guns in the Co-op (the first enlightened retailer to sign up), they’ve recently won new listings at Asda, Bestway and Nisa.

I’m also massively excited by the vision of RPM in The Dairymen’s Creative Challenge. We commissioned the agency to give milk marketing a 21st century makeover. It’s not just glossy ads, like the milk moustache campaigns of old. Nor have they simply updated their communications using social and digital. There’s a strong cause-related element - not unlike Morrisons Milk for Farmers. But crucially, they’ve applied it to a 250ml variant. And that’s genius.

Some consumers may baulk at paying 65p for a 250ml bottle of milk. On the other hand if you sold it at its commodity price, no supermarket buyer would want to put it in the soft drinks fixture as it would undermine margins in one of the few remaining cashcow fixtures. But attach to milk a cause, make the bottles cool or functional, and promote its many properties carefully and cleverly, and milk could be a brand to be reckoned with, and even feared.