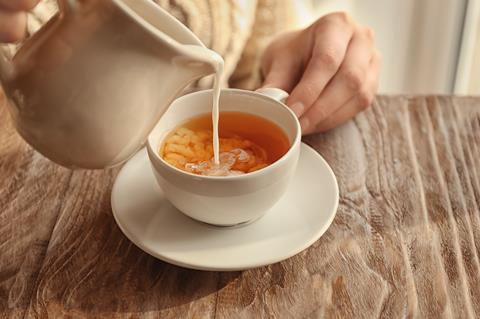 It’s all been kicking off on social media this week, after the new Chancellor posed with a catering pack of Yorkshire Tea. The post (entirely unscripted by Bettys & Taylors) resulted in a torrent of abuse, and understandably it felt obliged to defend itself. In one exchange the social team pointed out to a ranting tweeter: “Sue, you’re shouting at tea. Please do look after yourself and try to be kind to others. We’re going to mute you now.”

It was a brilliant response. Social media has allowed users to not only vent their spleen, but to direct it, often anonymously, against other human beings, whether private individuals, those in public life or representatives of corporates. The damage this is doing is deeply disturbing: the connection between social media and increasing mental health issues (including suicide levels) is incontrovertible.

Social media has only fuelled anger over these divides. But there’s also lots of kindness among humankind. It’s the same in business. The popular trope is that business is driven entirely by profit. As our special Goodness Issue this week shows, that’s never been true in grocery and it’s less true than ever, as more businesses recognise the value of values, and what a purpose-driven approach can deliver in terms of profits and sales, recruitment and retention, investment and so forth.

This issue is chock-full of inspiring tales showcasing ‘good’ going on in grocery. You’ll find them in all the sections but also in special ads. And in a first for The Grocer we’ve donated 20% of the advertising revenue from these ads to charity.

We’re not sugar coating this. Acting ethically, doing the right thing, isn’t always a win-win. Just ask John Lewis, as its mutual model is exposed to the cold logic of Amazon’s data. But in these challenging times, it’s important not only to #bekind but to #dogood. And increasingly, grocery is finding ways to deliver. With the help of leading experts, The Grocer will explore the issue of Goodness further in our How to Have a Purpose conference on 10 March. Visit thegrocer-conferences.co.uk for more details.