Our petition could help fund 100 million meals for charity 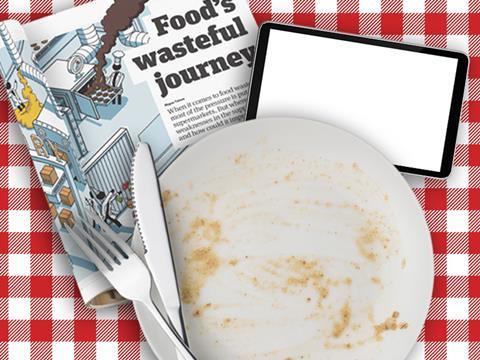 It’s simple really. You can’t manage what you don’t measure.

You can’t track profits without thorough costings. Diversity without staff data. The success of a new concept without feedback. Or banish any big pile of waste sitting behind your supermarket unless you measure exactly how much is there.

And likewise, we as an industry cannot hope to understand how to tackle together the 1.9 million tonnes causing a stench across the UK unless we know what we’re dealing with.

That’s why the news revealed exclusively by The Grocer this week that all major grocers are set to publish their data on waste across the business is such a brilliant breakthrough for both our Waste Not Want Not campaign but also, more importantly, for the fight against food waste as a whole.

We know most, hopefully all, have been keeping careful track of their own internal waste for some time. Those signed up to Courtauld may even have given the experts at Wrap a quick look. But until now the rest of us have been forced to comment on progress within the industry virtually blind.

I understand the reticence. Supermarket CEOs are trained to guard jealously any corporate KPI they’re not required to reveal by law, or their shareholders. But the economic and environmental implications of waste are such that this isn’t just about them or their bottom line. This is a scandal we all have an interest in bringing to an end, and we need all the facts to do that.

With any luck we’ll now know how much is wasted, who is wasting it and why. We’ll know which areas are the hotspots, which problems are universal and, crucially, what is being with the edible food that, for one reason or another, never makes its way to people’s plates.

In other words, we’ll be much better equipped to win this fight.

But for all the celebrations, at The Grocer HQ we want to achieve more. That’s why this week we launched a petition with 10 Downing Street, calling for government funding to help send more edible surplus to charity. Cost remains a frustrating barrier to those companies without the bank balance of the big four and our plan sets out a way of using only £15m per year to fund the redistribution of an extra 100 million meals for charity via the redistribution of 100,000 tonnes.

So brilliant as the news this week is let’s not sit on our laurels - there is still so much more to do. Please help us push through yet another breakthrough by signing our petition at https://petition.parliament.uk/petitions/204156