The fundamental taste profiles behind great brands are at risk

We all make mistakes under pressure. Like when a retailer asks you to price engineer a product to hit a price point or avoid a price increase. History is littered with brands (and own-label products) damaged (sometimes mortally) by changes to a winning formula. 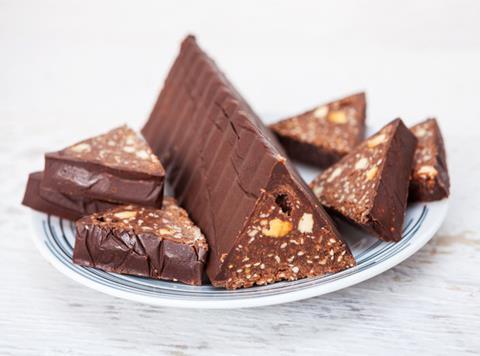 Sometimes pressure can be internal. I don’t know if Mondelez’s decision to change the shape of Toblerone triangles to save money will hurt sales, but the reformulation of its Cadbury Creme Eggs using a cheaper chocolate has been costly.

Then there’s government pressure. UB spent £10m making McVitie’s Digestives more healthy. Sales crashed until a decision was taken two years ago to quietly drop the new recipe. Now, Lucozade Suntory is planning drastic recipe changes across its entire range, including its most iconic brands, ie Ribena, Lucozade and Orangina. With liberal use of artificial sweeteners, it will now be able to come in below the government’s 5% sugar levy band, thus avoiding damaging price hikes (while giving the lie to accusations proving how loath suppliers are to push through price increases at any cost, Brexit or no Brexit).

Other soft drinks manufacturers have made similar moves in the past, embracing artificial sweeteners like some kind of magic pill, with retailers applying further pressure, notably Tesco.

Now pressure is being exerted on other categories, starting with yoghurt manufacturers. The government wants to reduce the size of a single-serve pot to 125g. It also wants to lower average sugar content per yoghurt from 11.08% to 8.8%.

I’m in favour of encouraging the industry to reduce sugar levels. Some yoghurts are insanely sweet. As are some cereals. A cap could be imposed. Portion control is also essential. But it’s potty to think industry can collectively lower sugar to a category average without mandatory intervention.

And in this pressured environment I’m also fearful mistakes will be made, particularly in embracing artificial sweeteners. It’s one thing creating a separate brand, like Diet Coke or Pepsi Max. But in the headlong rush to please politicians, the fundamental taste profiles that have established some of Britain’s greatest brands are in danger of being sacrificed. How about dialling down the sweetness a notch?

So many of the consumer panel food and drink tests that The Grocer conducts for its awards show consumers appreciate products that are not too sweet, including just this week the winning fruit wines in The Grocer Drink Awards. A chemically induced reformulation using artificial sweeteners is far more drastic, and in an age where consumers have moved away from artificiality in food and drink, a dangerously retrograde step too.