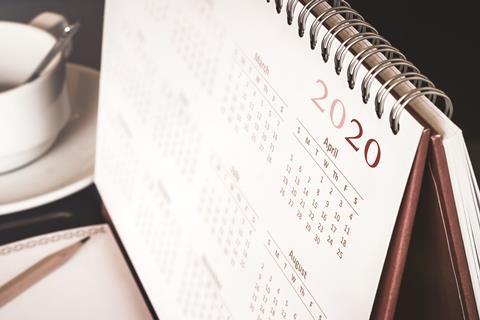 It’s the last digital issue of The Grocer magazine in 2019. And it’s a big one. A bumper 196-pages, it’s packed with insight into every major fmcg category in our Top Products survey. We’ve also selected the top advertising, marketing and PR campaigns in 49 categories. And there’s tons of other news and analysis to boot, including a review of Christmas Dinner food price inflation.

The next edition of The Grocer magazine publishes on 11 January 2020. But we’ll have plenty of news and opinion on thegrocer.co.uk in the run-up to Christmas and in the new year.

In the meantime, to kick things off, I’ve been reflecting on the past and on the future – and on the General Election result.

As the decade draws to a close, it’s an opportunity to look backwards at the extraordinary changes we’ve witnessed in politics, in the industry and in society as a whole – but also to look forwards, to the start of a new decade, a new chapter, with renewed hope.

On politics first, the decade started in a spirit of compromise with a coalition government – and while politics has polarised markedly, it surely needs compromise – and skilful negotiation – for us to move forward.

The balance of power has also shifted markedly in the industry, with the march of the discounters, the growth of online, and the emergence of new disruptive brands, powered – and funded – by the people.

The advance of technology on society has also had a huge impact. The obvious change is the shift in the centre of gravity, from the car as an enabler to the gadget in your hand. But consider too the virtual disappearance of cash as a shopping currency. Cash is no longer king. Long live digital payment.

So there is much to look forward to in the decade to come. Will emerging trends such as plant-based continue to flourish or run out of steam? Will the commercial potential of CBD be realised? Will we finally make some progress in terms of health & obesity and the environment? It’s exciting to imagine what advances in technology, automation and medical understanding – barely on our radar, if at all, right now – might be made in the name of progress.

Equally, however, there is much to fear: amid fierce and relentless competition there is evidence that retailer-supplier relations, where such progress has been made, are deteriorating; we are entering the next decade with apprehension and lower spending; vexed questions around business rates, and taxation, are unanswered; while moving on from Brexit, negotiating helpful trade deals within a narrow time frame (ie, by next July), adapting to trade wars and navigating the increasingly volatile weather – here in Britain but also globally – promise as much uncertainty as they do opportunity in the months and years to come.

The task, as ever, is to respond to whatever rules and regulations, local conditions and new dynamics are in play. The industry has always coped and adapted admirably. It will do so again. There will be winners and losers of course. But that’s business. Nothing stays the same.