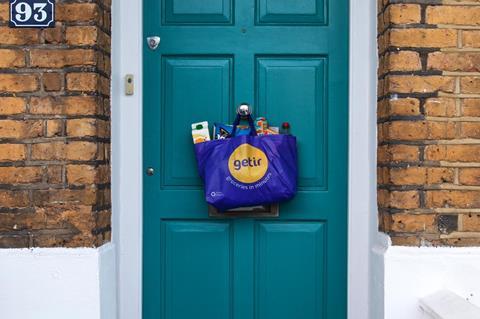 This week Ocado launched a new hybrid delivery vehicle: a pedal-powered, electric-assisted tuk-tuk (or tuk-tucker, if you like) with built-in refrigeration. And for once, the UK press wasn’t falling off its perch in slavish admiration of its latest technology wheeze.

That’s because Ocado is looking a little slow these days. Not only in that Asda been trialling these machines for a while but because there’s a new kid in the fast-delivery town – Getir.

Turkish for ‘fetch’ or ‘grab’ (and fortuitously sounding like ‘get here’), Getir is opening mini dark stores (often ‘under the arches’) in busy city locations, and promising deliveries in 10 minutes. Ten minutes! Amazon considered an hour too short. Yet, as Getir says, ‘10 minutes is now’. That’s as long as it takes to get dressed and pop out even to a local convenience shop. And in food, when you’re peckish, now is what you want. Not 45 minutes away. Definitely not two hours.

Getir not only has deep pockets: it’s a proven business model. It’s worked on the gridlocked streets of Istanbul. Indeed it’s actively targeting “chaotic” traffic locations here in the UK. Proof of its confidence that its ultra-local (and family-owned) model can bring fresh impetus and speed to delivered groceries.

Meanwhile Ocado’s ambitions for the micro-fulfilment format appear to have been toned down recently. From promising “a dozen or two dozen Zooms in London alone,” last September, its latest line is “several around London by 2025”. That may be due to extra competition, but also inner-city planning issues, or because Ocado is giving more priority to scaling up its mini-CFCs, or branding, or loyalty, or price.

But Getir could upset more than just Ocado’s applecart. In theory Ocado, Deliveroo and the supermarkets have an advantage with access to significantly larger ranges. But a limited range has worked for the discounters. And with speed as its USP Getir (and UK startup Weezy) could really shake the market up. Both are also proof of how, even in this pandemic, new business ideas are being spawned in this industry. What’s more, both Getir and Weezy are developing with the help of Ocado people, from buyers to backers.