Trade deals: we need to be able to ‘follow the science’ on food standards 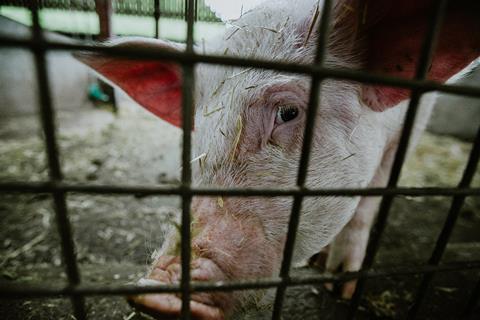 Eight in 10 Brits think chlorinated chicken should be banned, according to a YouGov survey this week. That’s up from 45% of Brits who said they were opposed to it when The Grocer commissioned a survey on the topic back in 2017.

The surge, despite the prospect of cheaper chicken, has in part been swayed by an NFU food standards petition, launched late last month and backed by celebrity chef Jamie Oliver among others, which passed a million signatures this week.

But it’s just the tip of the iceberg when it comes to the ways UK standards vary from those in the US. And framing a potential US trade deal purely in terms of chicken (or hormone-injected beef) does a disservice to the complexity of trade deals, and the inherent risks.

Sow stalls, banned in the UK since 1999, are still permissible in most US states and in Canada, where farmers are also allowed to castrate male piglets – a practice banned under the Red Tractor scheme, which covers 95% of UK pigs. The controversial β-agonist ractopamine – banned across the EU since 1996 on human safety grounds – is also still licensed for use in pigs in US, Canada and Brazil. Dairy farmers in the US, meanwhile, can still use the bovine growth hormone bST, which has been banned in the UK since 1990 on animal welfare grounds, while US poultry producers are not required to clean out sheds between flocks, so US birds can end up standing in filth from multiple flocks.

It’s not just a trade deal with the US that’s fraught with danger. In Australia, the country with which Boris Johnson was this week touting a trade deal on the basis of cheaper Tim Tams, there is no ban on short tail docking and mulesing, or use of antibiotics for growth promotion, or neonicotinoids. And so on.

If we want a trade deal, we need a proper comparison of standards. One made not by politicians ready to sell British food and agriculture down the river as a trade-off for their vested interests and beliefs – but by independent experts, so we ‘follow the science’ as politicians are so fond of saying, and also consider the views of retailers, farmers and consumers.