Will the government follow Chris Whitty’s advice on obesity as it has on Covid? 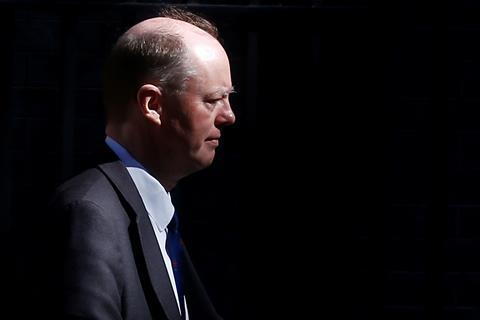 He’s tackled the pandemic. Now, as we start to emerge from lockdown, Professor Chris Whitty must tackle an epidemic. For Covid, substitute obesity, as Boris Johnson’s top medical adviser prepares to take the reins at the PM’s new Office for Health Promotion (OHP).

It’s the end of an era, but after eight years that saw PHE bombard the industry with hundreds of targets, while achieving precious little progress in the war on obesity, retailers and suppliers would be right to be wary about the new dawn with the good professor at the helm.

It’s inevitable that many of the same people that have manned PHE’s well-intentioned, but often hapless, projects will transfer to the new body. But that public health policy will now sit once again within the DH is a significant turning point, especially with Whitty at the helm.

While hardly the most charismatic of voices, he has emerged as a steely and unflappable figure. Amid the chaos of the Cabinet around him he has won a series of victories, alongside his SAGE advisers. He has been the source of the science this government has been forced to follow. The question now is will the government swallow the same sauce on obesity?

Of course, obesity is a very different challenge, despite emerging as a key risk in the pandemic. But the same arguments of economic versus health impact now look certain to be played out under the new body.

Whitty has already launched a series of attacks on the industry, slamming supermarkets for their sugar-laden shelves and brands for their exploitative marketing of sporting events. And the mood music on obesity has changed even within government, with a focus on promotions as much as health promotion, and “sin taxes” also hoving back into view.

In recent weeks we have already seen supermarkets make new pledges regarding products and promotions, which will also have enormous ramifications for suppliers.

But as well as challenges, there will also be opportunities. As we emerge from Covid and turn to a fresh battlefield, the most sage advice I can offer is: be prepared.