LED lighting: the business case for retailers to switch to LED 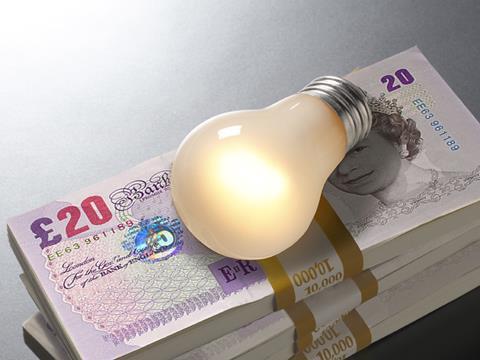 Talk about shocking. Electricity bills are forecast to rocket 47% by 2020. So what are you going to do? Where better to start than by switching to LED lighting?

Smart retailers already are, say lighting specialists, though some are further ahead than others. It’s now common practice to specify LED for new stores, such are the savings. No questions asked.

“If retailers can get a payback of sub three years for their lighting, reducing their energy bills by sometimes 60% or 70% or even 80%, it’s a quick investment,” says Paul Goodall, director of retail lighting at Philips. Morrisons, one of its biggest retailer clients, is the latest to see the light. “They have opened more than 50 brand new superstores in the last two-and-a-half years and every single one has LED lighting throughout,” he says.

For Sainsbury’s, the lightbulb moment for LED came two years ago, when it opened its first all-LED store at Leek, in Derbyshire. Paul Crewe, head of sustainability at Sainsbury’s, says: “It took quite a few years to make sure we had the right product.” But the installation at Leek showed that they had “absolutely nailed the solution” using blade LED technology from GE.

“It did exactly what we expected, hit the payback requirement mark, hit the energy use mark, and made the ambience in the store better than a traditional fluorescent system,” says Crewe.

“I choose how we invest that capital and the type of LED we use is high up my priority list,” he adds. “It absolutely washes its face. The minute I switch on the LED lights I’ve converted from fluorescent bulbs (left) I am saving an average 59% of the lighting load.”

“There is a cost to inaction. Every month of delay is a lost opportunity to save money that can’t be recovered”

Sainsbury’s new stores are totally LED and the company has seen a 54GWh saving in energy costs from the 100,000 LEDs it has already installed. More importantly, Sainsbury’s expects to lop 10% to 12% off its electricity bill from retrofitting its entire estate, replacing the existing mixture of T5, T12 and T8 lights. “We are reviewing the benefits I’m confident we will roll it out across our estate going forward,” Crewe says.

At Marks & Spencer, the retrofitting is already underway. It was one of the first to trial all-LED lighting at its Ecclesall Road Simply Food store in 2011, and by the end of this financial year will have retrofitted 100 existing stores - the first stage in a phased programme over the next few years to retrofit all its food stores.

Geoff Smyth, head of technology and delivery at the Carbon Trust, says: “Our experience of both large and small retailers is that many of them have gone beyond piloting LED and are building it into recent refurbishments. Many are changing out old, inefficient halogen-based lighting, and some fluorescent-based lighting, and are moving towards LED solutions.”

LED accounts for 47% of applications to the energy efficiency finance scheme Carbon Trust operates with Siemens, a threefold increase on five years ago.

Halogen replacement is where LED gives fastest paybacks. Energy advice website The GreenAge puts the cost of buying and running a five-watt LED over its expected life of 40,000 hours at £28.74 - compared with £205.50 it would cost for a 50-watt halogen bulb.

Peter Hunt, chief operating officer of the Lighting Industry Association, points out that, until recently, there was no LED alternative affording the directional light and daylight tones of tungsten halogen. But not only are the LEDs spotlights now on the market 70% to 80% more efficient than halogen, they come in a rainbow of colours. And unlike tungsten, LED does not emit heat, so can be used in close proximity to food.

“We are rapidly reaching a stage where there is an LED alternative to everything,” says Hunt. “The market is almost doubling every 12 months at the moment.”

For big retailers the energy savings potential from switching to LED are not as great as for smaller retailers. They employ teams to keep an eagle eye on energy costs and will have already invested heavily in T5s, fluorescent lights that compare well with LEDs for energy efficiency, and have come down significantly in price.

But lower maintenance costs are where LED really shines. Smyth of the Carbon Trust says fluorescent tubes typically last 10,000 to 15,000 hours before they have to be replaced, while LEDs can last 50,000 hours.

“Moving to LED would replace the requirement for relamping at least two to three cycles. That’s going to be a significant saving and avoidance of disruption to the retail environment,” he says.

Hunt says there are other benefits. “With LEDs, you also have immediate start up, while fluorescents take time. And with LEDs you can easily link them into control systems which allow them to automatically dim in daylight or to ­’follow’ people as they walk along a corridor, saving even more energy.”

Chris Styles, innovations director at Future Energy Solutions, identifies further benefits that can add to the business case for big commercial energy users: they can reduce their Climate Change Levy bills and their bills under the Carbon Reduction Commitment.

“The technology is mature and there are financing solutions that will work in most retail environments. LED is good for retailers. Everyone should be considering how they can install LED across their estate.”

As LED costs have fallen so ­rapidly, Styles has found many boards unwilling to make a significant investment fearing that even greater cost cuts will be around the corner. Yet he argues this momentum has now tailed off.

“After seeing prices drop 20% a year, we expect LED prices to flatten out in future,” says Hunt. “If you are looking at a time to get in, it’s probably now.”

Smyth agrees: “If it fulfils your investment criteria, why wait? There will likely be more efficient technology coming to market in the years ahead, but there is a cost to inaction. Every month of delay, if you have inherent inefficiencies in your lighting systems, is a lost opportunity to save money that can’t be recovered.”

Want to Switch the Lights to LED without upfront cost? Here’s three ways to do so… 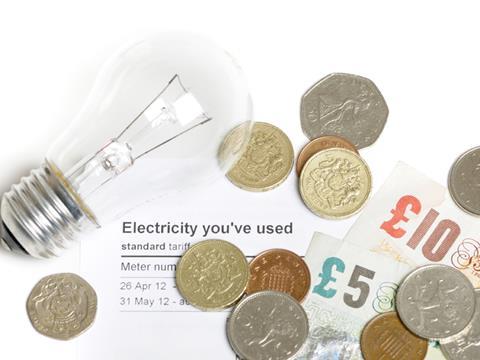 Full details of how the scheme works are available on the DECC website, including how to claim back investments, and comprehensive info relating to eligible LED lighting, which were revised in 2014.

2.  The Carbon Trust also has an Energy Efficiency Financing scheme it runs with Siemens that provides low-cost loans, with repayments structured so they are equal or less than the expected energy savings. Geoff Smyth, head of technology and delivery at the Carbon Trust, says repayments can be made over the course of one year and 10 years for big projects.

A random selection of 20 LED projects financed under the scheme during the past six months invested a total of £505,000 and realised annual energy savings of £222,000. In other words, the payback would be little more than two years on average.

While Siemens provides the finance, Carbon Trust does the due diligence, conducting on-site energy surveys, doing business case and investment appraisals, and sourcing trusted suppliers through its green business directory of accredited suppliers.

3. Energy Performance Contracts. EPCs allow companies to invest in LED without having it on their balance sheets as a liability, or worrying that the predicted energy savings will be enough to make the loan repayments. These are offered by energy providers such as EON, and major lighting manufacturers such as GE, Philips and Siemens, though these are tied to buying their products.

EPCs are also offered by independent lighting service providers, which are agnostic about manufacturers, such as Future Energy Solutions, a US-based company that will install over 100,000 LED fittings in the UK this year.

Rather than a capital outlay, the retailer pays an agreed monthly service charge pegged at less than the predicted saving on energy bills.

By guaranteeing the savings, EPCs ensure projects deliver the agreed rate of return - reducing the risks for customers. And at the end of the contract equipment that might have cost £10m will be sold to the retailer for £1, and will carry on giving the retailer benefits for years to come.

But the real benefit of the scheme is that it allows companies to move faster on LED than they might have if they were having to rely on internal resources. By relamping their entire estate in one go rather than a staged approach, they drive a harder bargain on the lights from manufacturers and benefit from the LED’s full energy-saving potential far earlier.