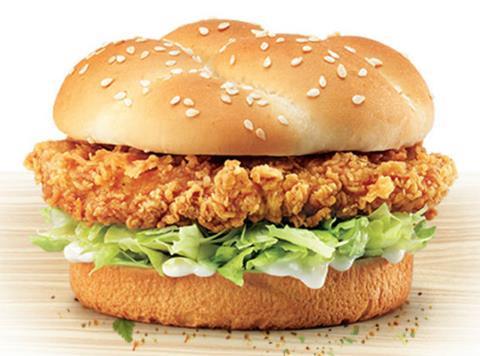 David Moran, KFC’s Europe supply chain director, recently wrote in The Grocer that this criteria would require cross-industry collaboration if they are to be met (‘Tipping point for chicken welfare’, 22 October). However, the ECC is already garnering support across all parts of the industry.

A major producer is on board: 2 Sisters Food Group has pledged to produce chicken that meets the ECC. Major manufacturers, foodservice companies and retailers are on board, too, including Nestlé, Elior Group, M&S, Pret, Zizzi, Carluccio’s and Prezzo.

So why is KFC unwilling to sign up to the ECC? Further, what is the point of this article? A means to buy time?

Moran glosses over one key issue: the breed. Large multinationals such as KFC and McDonald’s know that the standard, fast-growing breeds of chicken they use are the source of a vast proportion of the suffering they endure. But they are reluctant to change, putting profits before welfare.

Indeed, if there were ever a sentence formulated to abstain from any form of commitment or action, it is this one: “As a business we’ve been working hard to assess the feasibility of working our way toward them.”

Instead of waiting for the industry to move on without it, KFC should show leadership and commit to these universally recognised criteria.