Making intentions clear, speak up to stand out, what would Jack say? 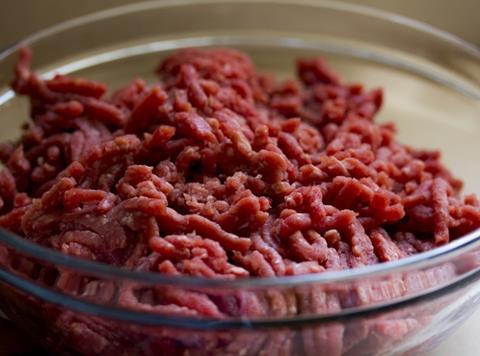 Sir, Warnings in the media about eating too much red meat are a regular occurrence but a dig beneath the surface often reveals the ‘expert’ quoted is a vegan or vegetarian. Should this matter?

In my view, it does. A vegetarian lifestyle typically means the person has an ethical objection to meat and an interest in persuading others to give up or reduce their meat consumption. Unless this intention is made clear, it has the potential to mislead the public (‘Sensationalist reporting about the “dangers of red meat” must stop now’, 6 August, thegrocer.co.uk).

Just as livestock farming or working for a meat trade body represents a potential conflict of interest, so does an ethical objection to meat production.

No one should object to an individual who decides to give up meat for ethical reasons but it is another matter when personal views become a campaign to press change on others.


Speak up to stand out

Sir, By 2020 50% of all online searches will be voice-led. But research published in The Grocer recently (‘UK falling behind on voice commerce’, 24 July, thegrocer.co.uk) warned that most retailers’ voice offerings aren’t fit for purpose.

Yet changing that needn’t cost an arm and a leg just yet. Voice services don’t need to encompass the complete customer journey; the focus should be on making everyday shopping tasks easier, such as helping people buy ingredients from a complex recipe, or their standard weekly shop or top-up shopping lists on the move.

If you can nail voice now by offering a valuable experience and not just a set of ultimately frustrating gimmicks, you can stand out from the crowd.


What would Jack say?

Sir, I read with interest (28 July) of Tesco’s supposed, possible, rumoured new discounter brand, to be called Jack’s after canny Tesco founder, Jack ‘Slasher’ Cohen. Undoubtedly somewhere at Tesco HQ there’s a PowerPoint presentation on the visual identity of the new brand. But for the brand to truly differentiate itself it’ll also need a (smaller) set of verbal identity guidelines.

Given the conjecture the name has already created about style and positioning of the brand, clearly language will have an important role to play. Cohen undoubtedly would have had something to say about what Jack’s should stand for.