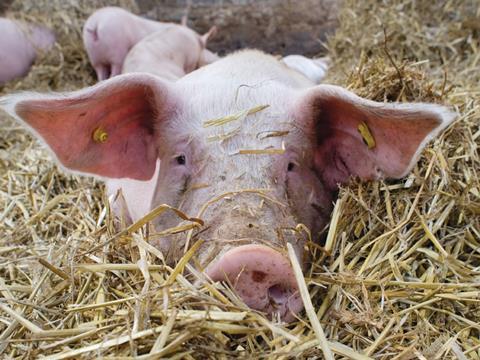 Sir: Size or scale does not dictate animal welfare; it is the treatment of the individual animal that is important. Viva! seeks to further its objective by inciting fear via sensationalist misinformation (‘Foston primarily about profit, not animal welfare,’ Letters, 2 May). If actually so concerned with the welfare of farmed animals, as they purport, perhaps they should try engaging with the livestock sector rather than pursuing such an aggressive brand of animal activism, which only undermines their credibility.

The UK is now only 40%-50% self-sufficient in pigmeat, meaning over 50% of pork products consumed are imported from the EU and third countries, where welfare standards are deemed to be lower in comparison to the UK and over which we have no control. Midland Pig Producers and other British pig producers are therefore simply trying to increase the volume of British pigmeat eaten, and, as the figures demonstrate, there is ample room for improvement.

I challenge Viva’!’s issue with profit. Without profit (no matter how slender), no farmer can continue to provide care and suitable facilities for animals, to reinvest and improve where ever possible. Or ultimately, to produce food to feed any ever-growing population.

Sir: Regarding your recent article on manuka honey (‘Manuka honey: a murky mire,’ 2 May, p26), the conversion of DHA to MGO is a chemical reaction that does not cease once the honey is bottled. High temperatures during storage accelerate the formation of MGO from DHA and the disappearance of both. Your readers should store manuka honey at 4oC if they wish it to retain its advertised/tested properties. Listing MGO content without DHA content is meaningless. The chemical reaction of DHA to MGO proceeds initially relatively rapidly but then approaches a plateau period in which for a time MGO content remains unchanged, after which MGO begins to decline. The position on this timeline can only be deduced if the DHA content is known.