Packaging: Save Our Paws by Bear

Packaging: Save Our Paws 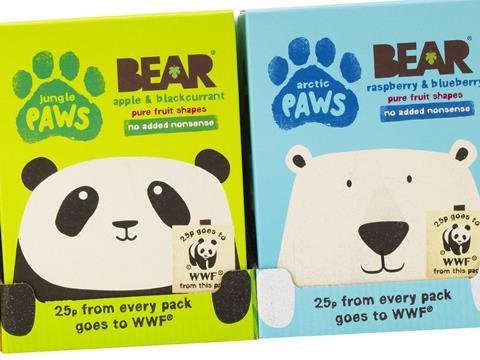 Snacking brand Bear marked its fifth anniversary by partnering with the WWF to launch Save Our Paws, a campaign focused on some of the world’s most endangered species. The brand gave WWF 5p for every single pack and 25p for every multipack sold. A big part of the activity was a packaging revamp that highlighted four of eight species of bears of the world. The results of the campaign - which featured TV ads and social activity - included £50,000 in donations to WWF, increased distribution and massive social media outreach.