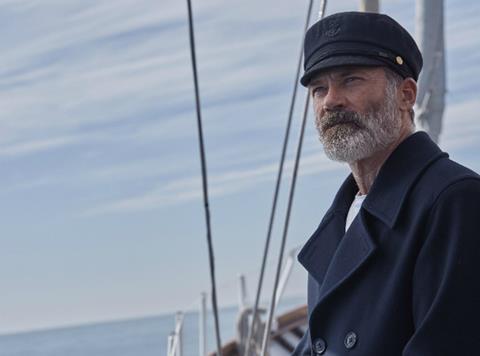 The ad - launched by the frozen food giant last month - is titled Real Food, Simply Made, and focuses on the “simplicity, authenticity and quality credentials of Birds Eye’s fish products”, Birds Eye said.

However, water safety campaigners in County Durham complained to Birds Eye after it aired, over its depiction of a boy jumping into water, accompanied by a voiceover, which said, “Captain Birdseye loves the simple things, like jumping into cold water on a hot day with his grandson.”

The Safe Durham Partnership, which has worked with the family of 14-year-old Cameron Gosling - who died from ‘cold water shock’ after jumping into the River Wear near Bishop Auckland without acclimatising in 2015 - and campaigned for greater awareness of the issue, said it was “very concerned” about the ad.

“Jumping into water can result in cold water shock, which is a major factor in drownings. Most waters in the UK are of a temperature that would induce cold water shock all year round,” the partnership said in a letter to Birds Eye.

“Durham City Safety Group and Durham Open Water Safety Group therefore ask that you do not continue to suggest jumping into cold water on a hot day is safe. This behaviour is not a ‘simple thing’, it leads to many fatalities and we ask that you reconsider this messaging.”

Birds Eye told the group it pulled the advert earlier this week, and in a statement, said it took its advertising responsibilities “very seriously and we were grateful to be made aware of this issue”.

It added: “Since then, we have taken the current advert off air and are now amending the voiceover to remove references to the temperature of the water and weather.

“We take all appropriate steps to ensure that our advertising is suitable to air in the UK and observe safety guidelines during the production of all our advertising. Unfortunately, our research and testing did not raise this specific issue. As a family brand, we decided to take swift action and we wish campaigners every success in highlighting this important issue.”

The Safe Durham Partnership welcomed the move. “We were disappointed by the advert’s reference to jumping into cold water on a hot day given all the work we’ve done but we are pleased Birds Eye has acted so quickly and responsibly in agreeing to change it,” said chair Jane Robinson.

“We’d remind everyone that it’s never a good idea to jump into cold water without acclimatising and we will continue to do all we can to get this message across to people.”

Cameron Gosling’s mother Fiona, who had also complained to Birds Eye, added: “There are so many families and organisations that work so hard on water safety education so it came as a shock when I saw the advert.

“It seemed as though Birds Eye hadn’t done its research before making it but I’m grateful that they agreed to change the advert and at how quickly they acted.”