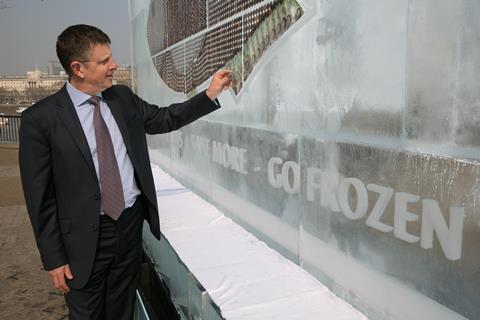 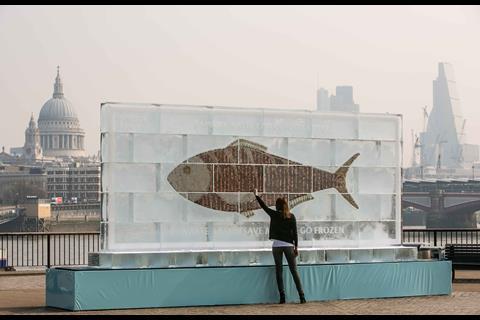 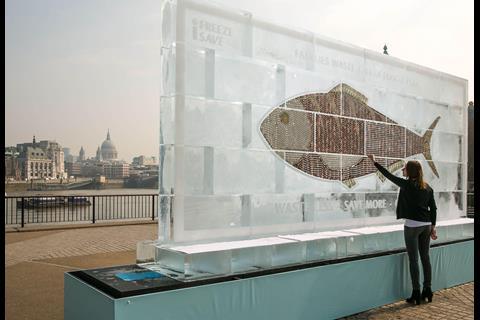 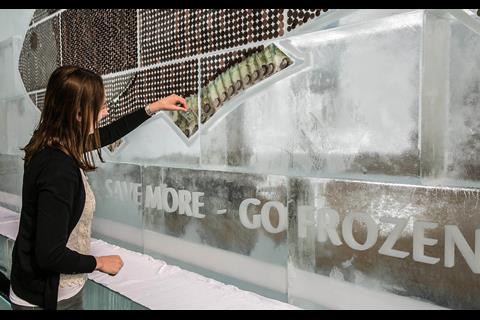 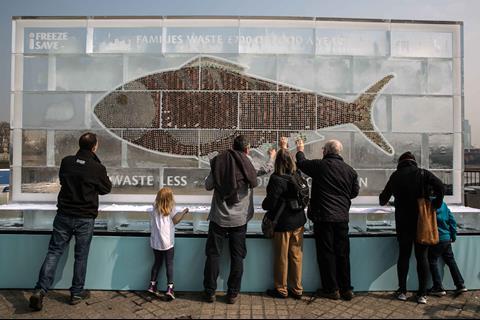 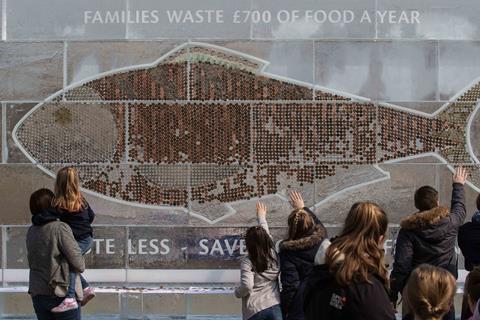 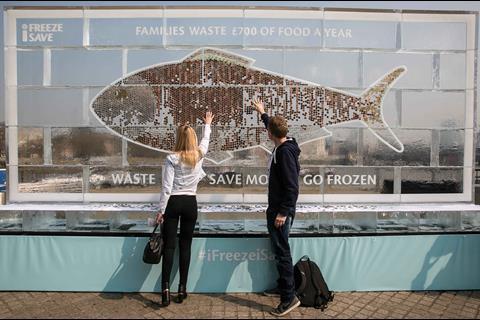 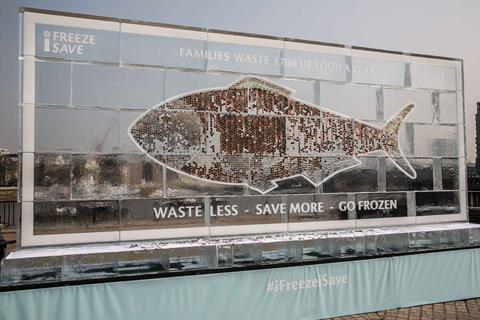 The frozen blocks contain £700 cash – the amount the average family wastes on food a year - and passers-by were able to collect falling coins and notes as the board melted.

The launch of the campaign - which is supported by Love Food Hate Waste, Hotpoint and the British Frozen Food Federation - follows research commissioned by Birds Eye that found 1.9 million tonnes of food were wasted a year that could otherwise have been frozen.

The research also revealed Brits to be poorly informed about how to use their freezers, with two million people found to throw away frozen food after two weeks, believing it to have gone off. There was also a lack of awareness of which foods could be frozen, with 92% unaware eggs can be frozen.

Birds Eye is investing £2m in the campaign across TV, outdoor, in-store, PR and digital activity. TV adverts will air during April and May.