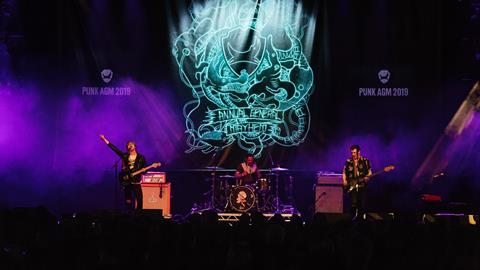 BrewDog’s ‘annual general mayhem’ saw thousands of shareholders descend on Aberdeen to worship at the altar of the cult brand once again. The Grocer went along for the ride

It’s 11.30am on a cold Saturday in April and Aberdeen’s AECC auditorium is filling up quickly. There are, I’m told, 8,000 people here today from all across the world, with a further 6,000 to follow tomorrow. An unfathomable amount of money will be spent. An obscene amount of beer will be served. But this is no music festival. This is the BrewDog AGM. And it’s utterly bonkers.

BrewDog’s annual general meeting, to which anyone who has ever invested in the brewer through its ‘Equity for Punks’ crowdfunding schemes is invited, has at least seven bars, a courtyard of street food vendors, and a weird tent with a DJ playing 1980s pop, reminiscent of a wedding reception. This is not your garden-variety shareholder shindig.

That being said, some elements do appear to have been cobbled together faster than an Ikea futon - there are few decorations or promo materials. Perhaps it’s about cost: it really doesn’t seem like BrewDog has splashed out, barring whatever it paid for the venue. There are separate tastings for guest breweries such as Cloudwater and Buxton, whose beers are also on sale - but only minuscule samples of the drinks are given out for tasting.

“It is like watching counterculture finally submit to consumer capitalism”

The crowd splash out en masse throughout the day, though. The bars only accept drinks tokens, which cost £15 for 12. A beer costs either three or four tokens.

Because when BrewDog’s founders James Watt and Martin Dickie take to the stage, they get the kind of rapturous, eyes-rolling-back-in-the-head applause you’d expect at a Trump rally. People throw beer mats in the air with joy. Dave Lewis doesn’t get crowds like this. 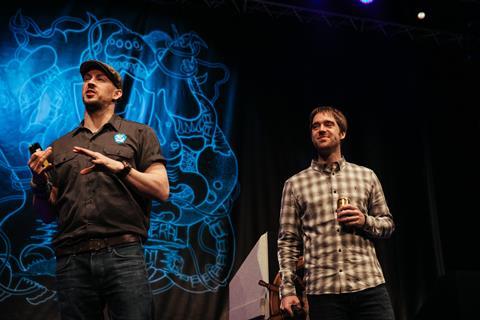 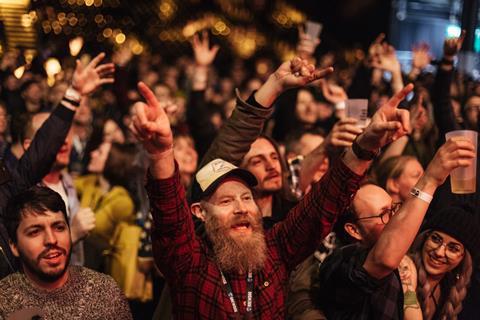 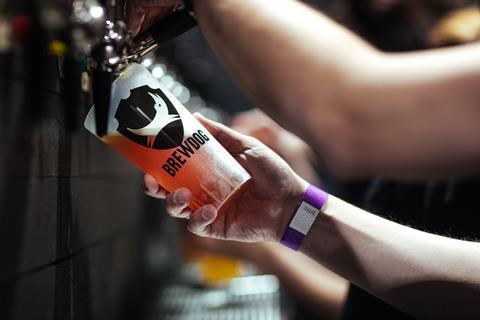 The biggest business announcement is the proper launch of BrewDog’s Distilling arm, with a trio of whiskies as well as a new gin and vodka. The drinks are well-balanced and beautifully branded. For every contradiction, every marketing mishap, product quality has not been sacrificed for scale. There’s also a new round of Equity for Punks fundraising, this time with a target of £7m, and several new bar openings. A group of four sitting in front of me scream at fever pitch every time Watt reels off a new location. I’m not convinced they even know where half the cities are. I certainly don’t.

After the announcements, which take just under an hour before Watt and Dickie slink off backstage to take interviews in their very own green room, massive queues form: both for the bars and the toilets. Surprisingly, though, the day never quite devolves into chaos the way one might expect - though there are a few casualties: after a tasting of BrewDog’s new ‘Boilermaker’ series of whiskies in an adjacent conference room, one unlucky woman projectile vomits into her hands and on to the floor.

The AGM is rife with contradiction. It’s a music festival where no one cares about the music (sort-of famous bands, like Idlewild, play). A piss-up where the beer is an afterthought. The commitment and adoration of BrewDog’s legions of fans is simultaneously impressive and terrifying. I have the sense that BrewDog makes these people feel part of something important and meaningful in a way few brands ever could.

It is like watching counterculture finally submit to consumer capitalism, decades spent thrashing against total commercialisation drawing to a close, reduced to an explosion of graffiti fonts and slogans. Rebellion has been utterly commodified. It is postmodernism incarnate.

Yet ultimately there’s more to it than a cult of ­personality. Despite the unbearable hype, the trite slogans, branded t-shirts and angst, BrewDog’s products are consistent, delicious and well-priced. Its sour beer operation, for example, is genuinely ground-breaking.

Watt reveals during the presentation that BrewDog now accounts for almost 1% of the total UK beer market, which he calls an “inconsequentially tiny” share. It’s not. Remember, BrewDog is just 12 years old. At this rate, I’d wager its competitors are not yet sufficiently scared.

Read more: Can BrewDog shake up spirits in the same way it has beer?