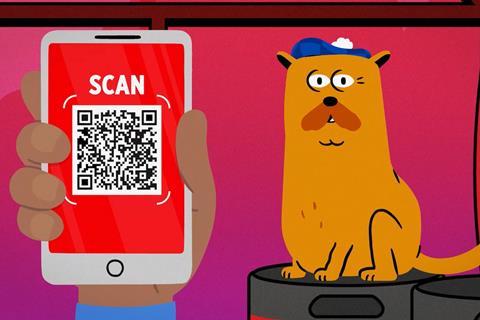 Viewers who scan the codes get the chance to win delivery of six, 12 or 24 packs of the beer

Camden Hells Lager maker Camden Town Brewery is giving away 90,000 cans of its beer to viewers who scan a QR code on their television screens with their smartphone cameras when the brand’s adverts are broadcast this weekend.

Viewers of the ‘drinkable’ ads – which will run on Channel 4 – who scan the codes get the chance to win delivery of six, 12 or 24 packs of the beer.

“During the last few months, we’ve been challenged to think creatively on how we can continue to the success of our business and answer the UK’s need for fresh beer,” said Camden Town Brewery MD Adam Keary. “To keep that momentum going, we’ve invested to raise national awareness of the brand and drive taste trial.”

The campaign has been created by advertising agency Wieden + Kennedy, and features a number of animated characters. It focuses on the fact “we never pasteurise our beer” the company said.

The marketing effort follows a huge growth in the company’s online sales – which rose 909% from Q1 to Q2 this year. The webshop was launched “originally as a pet project” in December last year.

“Since lockdown, we have seen a huge increase in sales as consumers shifted their buying habits to online,” Keary said.