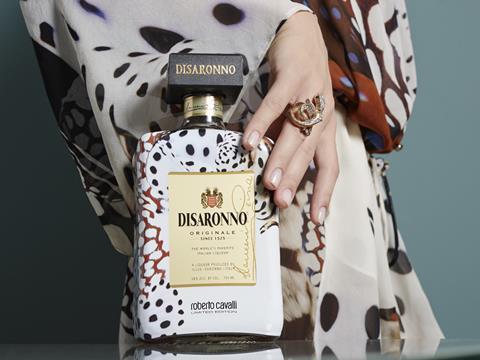 Disaronno has revealed a new advert, which will be on air until 24 December, featuring its limited edition bottle.

The limited edition Disaronno Wears Cavalli bottle, which is a collaboration between the fashion house and the Italian liqueur, will be supported by a TV advertising campaign on TV channels such as Channel 4, ITV2 and Sky and on All 4 and ITV Player.

The 15-second commercial reveals the details of the bottle’s new look, which is inspired by a combination of the underwater world and exotic safari themes from the Roberto Cavalli spring/summer 2015 pre-collection.

“This new limited edition - the third, to follow the projects with Moschino and Versace - lends coherence to our advertising strategy. It has always aimed to take on new challenges without losing sight of the tradition that is inherent to the brand,” explained Paolo Dalla Mora, global communication director of Illva Saronno.

The exclusive limited edition bottle is available now at Harvey Nichols, Waitrose, Asda, Morrisons and Sainsbury’s with an rsp of £15.