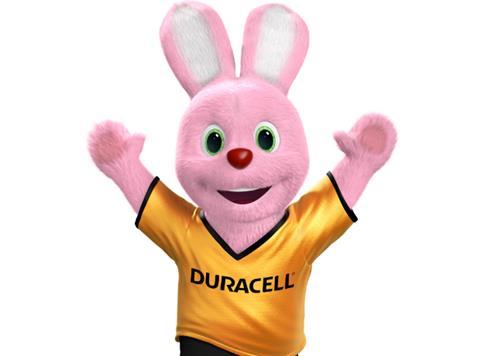 Duracell has announced its official partnership with 2016’s Great Run, as part of a new campaign to help runners ‘Unlock the Power Within’.

Including the Great North Run, the 12-race series is set to see 180,000 people compete across the UK. The partnership with the battery brand will include pace makers wearing the colours of the Duracell Bunny at each event, to champion their role in assisting runners to ‘go for longer’, and editable digital display boards for spectators to add inspiring messages to competitors.

Aimed at building on the heritage of the bunny and helping runners ‘unlock their power within’, the brand’s tie-up with Great Run follows a number of other prominent affiliations with sporting events, most recently the 2015 Rugby World Cup.

“One of the key successes of the partnership is the strong and instantly understandable link between Duracell and running,” said marketing manager Alex Haslam. “The Great Run series gives us a wide-reaching platform to bring our brand messages to life to an engaged audience.”

The brand’s connection to running has been strong for many years, claimed Haslam. “With this campaign, we’ll be helping runners across the UK, from experienced marathoners to complete novices, unlock the power within and take their performance to a new level.”