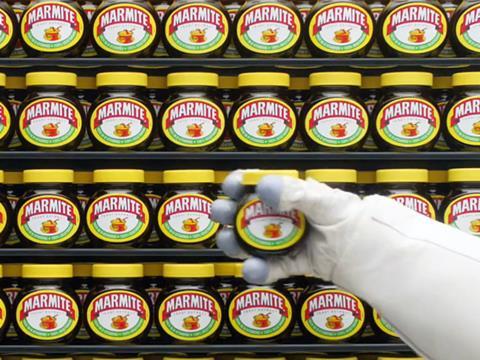 Sir, Retailers like Tesco are now acknowledging the pressure suppliers are under due to Brexit (‘Marmitegate: Tesco puts price up’, 13 May, p5). They understand that for suppliers to continue investing behind their products, whether via promotion funding or marketing support, suppliers need to raise prices in line with increased manufacturing costs.

Inevitably, it’s difficult for retailers to find the balance between paying suppliers a fair price and giving their shoppers great value that is competitive in the market, while still making a margin.

Additionally, retailers are beginning to realise the importance of certain brands to their shoppers and, ultimately, the power they have; meaning supermarkets can’t simply de-list a product to get suppliers to give in. This, compounded by the fact that competitor retailers recently increased prices of the same products, will have led Tesco to bow to pressure.

It seems small price increases on many grocery goods for customers is unavoidable.

M&S ad is only the start

Sir, A really interesting departure from the norm, particularly in terms of looking to unite food and clothing/household (‘M&S unites clothes and food in new ad campaign’, thegrocer.co.uk, 4 May). Whether today’s shoppers would describe M&S clothing as “extraordinary” is questionable, but the overall sentiment of the ad is likely to touch a chord. Of course a slick advertising campaign is a great start, but the stores, online and product experiences have to support the promise - and for clothing in particular that isn’t always the case.

Spell it out on sugar levy

Sir, The average ‘person on the street’ didn’t really get the plastic bag tax until it was about to hit them in the wallet, so we’re some months away from folks understanding what it is all about (‘Sugar levy hugely misunderstood by UK consumers, shows Nielsen survey’, thegrocer.co.uk, 5 May).

As well, I’d suggest that the levy is renamed ASAP to the “soft drinks tax” to make it more clear which category of goods it will impact. This would certainly help clear up any misunderstandings. It was unambiguous, for example, which goods were to be affected by the ‘plastic bag’ tax and the ‘tobacco’ tax.