Goodfella’s to kick off £4.2m push amid brand revamp 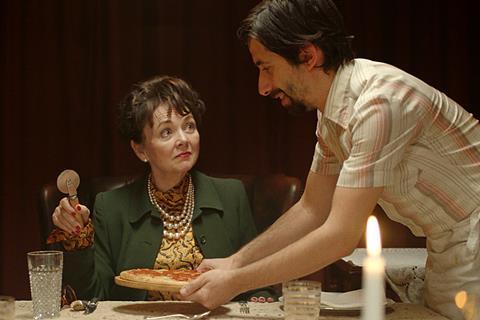 Goodfella’s is to kick off a £4.2m campaign as it seeks to capitalise on buoyant value sales.

Making its debut on Monday (1 April), the push was “the biggest of any frozen pizza brand in the last six years” said Goodfella’s. It will use the strapline ‘Made with Respect’, with a Mafia-style TV advert to reflect the Nomad Foods brand’s Italian-American influences.

The new ad introduces The Godmother – “the respected arbiter of quality that accepts nothing less than the best”. She makes her way through her New York pizza empire, testing products before reaching a dinner table where she approves one last pizza and slices it for her family.

The push would see Goodfella’s “get to the essence of the brand to understand how consumers really felt” about it, said head of marketing Claire Hoyle.

The Godmother character was “a mould-breaker” she added. “She perfectly epitomises our brand evolution, and brings Goodfella’s into the modern day.”

“With over seven million households buying into the brand each year, we have a strong customer base to build on with our NPD and range updates,” Hoyle said.