Heinz pairs with Warner Bros for After School Heroes push 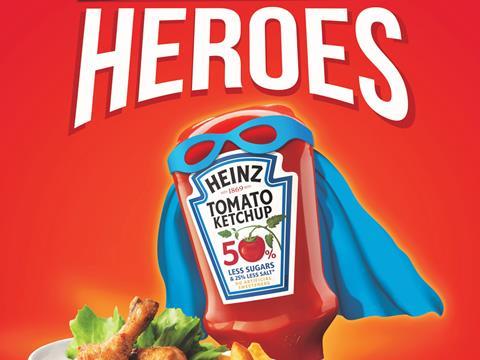 As well as TV, digital and in-store activity, the push will see DC Comics characters Superman, Batman and Wonder Woman feature on packs of Heinz Beanz, Pasta, Soup and Reduced Sugar and Salt Tomato Ketchup to advertise a competition in which shoppers can win a family holiday to LA, complete with a tour of Warner Bros. Studios and entry to Six Flags Mountain theme park. Other prizes include 1,000 DC Comics DVDs and 1,000 goodie bags.

Alongside this, Heinz will partner with Tesco to run a ‘buy scan win’ competition, also giving the chance to win a family holiday. “The back-to-school time is busy while parents return to the routine of juggling school, work and family time,” said Heinz brand manager Matthew Mill. “The After School Heroes campaign has given us an opportunity to cross promote our range in a fun and inspiring way and we can’t wait for its launch.”