How Oasis, Oatly and BrewDog are benefiting from ‘unadvertising’ 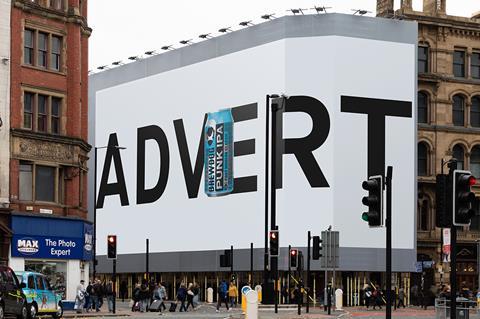 BrewDog’s strategy takes a pop at the ad industry, while still benefiting from the awareness and reach it provides

There is a traditional formula that lies within most advertising and marketing. Brands tend to create messages about themselves, their products or their consumers, and use a variety of media channels to deliver these messages. And if they can entertain or make people think while doing it, then consumers don’t mind too much. In fact, they often quite like it.

Newer marketing techniques have blurred these boundaries somewhat. Sponsored content and influencer marketing often pretend not to be ads. But they are really. And most people know that. This has raised questions about the importance of ‘honesty’ in advertising.

Perhaps in a response to these blurred marketing boundaries, and potential increased consumer cynicism, brands are increasingly adopting full-scale ‘honesty’, by utilising what people are calling ‘unadvertising’.

These brands are referring to the advertising formula in their ads.

In perhaps the clearest example of ‘unadvertising’, drinks brand Oasis has been using this formula for a few years. The original poster campaign, stating ‘It’s summer, you’re thirsty, we’ve got sales targets’, knowingly refers to what it is up to, and hopes that people will like it for its honesty. It’s since taken this strategy further with the #NOMOREADS positioning, by making fun of advertising and advertising clichés within its own campaigns.

Oat drink company Oatly has recently adopted this tactic, too, knowingly referring to the formula in a series of posters that outlines (and often mocks) its own advertising abilities, its media selection and its target-audience strategy. One poster says: ‘Look, a poster in the middle of the street trying to get the attention of someone who might be interested in an oat drink.’ Just like it admits in the ad, Oatly is trying to cut through and be different. And it is using honesty and transparency to do this.

BrewDog is another brand that deals in honesty, with the clear aim of using it to disrupt advertising norms. For its first-ever ad campaign, we produced a message for BrewDog that suggested people ‘don’t buy the advertising, just try the beer’. And its latest campaign simply claims ‘advert’. It’s a strategy that takes a pop at the ad industry, while still benefiting from the awareness and reach it provides.

‘Unadvertising’ is certainly a growing trend. But does it work?

The best brands and the best campaigns have always been honest. Advertising that’s based on truth and genuine insight is far more powerful and engaging than created artifice. So whether consumers appreciate and enjoy the additional honesty of referring to the advertising formula then comes down to execution.

‘Unadvertising’ is still relatively different, new and unexpected. All very useful in the pursuit of standing out from the crowd. But like most techniques, it risks becoming boring fast.

Ultimately, people aren’t stupid. They understand the advertising formula very well. Deep down all ads are about selling, so brands that are honest about this formula aren’t suddenly revealing a secret to the general public. They are simply finding new and interesting ways to sell. And of course, consumers understand this as well.