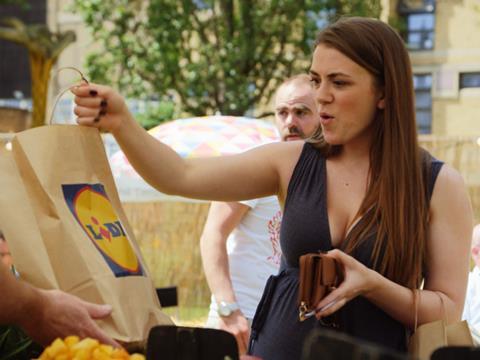 Lidl spent £78m on ads last year - more than any other retailer - to become the UK’s fastest growing supermarket.

“Ad spend has raised awareness of our brand proposition and amplified advocacy,” said Lidl’s advertising and marketing director Claire Farrant. “But marketing is only one element of Lidl’s success. Lidl’s growth is driven by doing multiple things right for the customer so every brand touchpoint resonates with them.”

Conlumino MD Neil Saunders said the role Lidl’s advertising played could not be overestimated. “Other factors, especially new store openings, have played a part but marketing has allowed Lidl to reposition its brand from rather down at heel to friendly and appealing. This has been vital in driving customers to stores.”

“Asda was always the big spender but they spent nearly 20% less in 2015,” said Catherine Shuttleworth, CEO at Savvy. “They need to look at their media strategy as part of Project Renewal. We’d expect new customer director Andy Murray to review this in the near future.”

Sainsbury’s cut spend by 7.9%, less than any of the other big four retailers, and was the only one to return any growth, increasing its market share by 0.2%.

As for fmcg brands, Coca-Cola returned to the number one spot after increasing media spend by £2.95m (or 21%) £17m - more than its £1.8m extra spend on sugar-free brands Diet Coke and Coke Zero combined.

“The soft drinks sector is under a lot of pressure so it’s not surprising to see Coca-Cola back at the top,” said Danielle Pinnington, MD at Shoppercentric. “In a category as broad as soft drinks no brand can afford to assume they are top of mind among shoppers.”

And a number of top 100 brands increased spend more than Coca-Cola, led by Warburtons with an extra £5.6m to support its tie ups with the Muppets and Sylvester Stallone to plug its bread and crumpets.