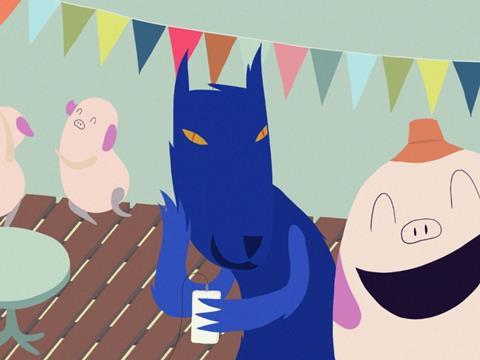 Mondelez is hoping to release the inner child in everyone in its latest TV push for Oreo.

Running from today (Monday 3 August) to coincide with the launch of the cookie brand’s new vanilla and peanut butter flavours, the Wonderfilled ad is based around the concept of ‘I wonder if I gave an Oreo to…’.

It features humorous scenarios showing how sharing an Oreo can bring a positive twist to complicated situations. In one, it is ‘wondered’ if giving an Oreo to the big bad wolf would inspire him to help the three little pigs build decking rather than blow their house down.

The push would remind adults how a small thing like an Oreo, and a little imagination, could brighten their perspective, said brand manager Daniel Kessler.

The TV ad is part of the £2.1m Wonderfilled campaign for the cookies that will also include social media, video on demand, sampling and in store promotions.