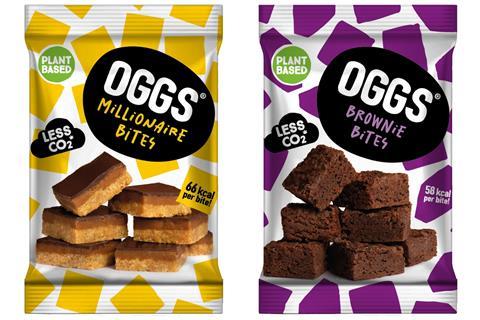 Oggs has scored a national listing with Tesco for a duo of its cake Bites following a social media stunt.

In an Instagram post, the vegan bakery brand superimposed Oggs and Tesco logos onto a photograph of Beyonce and Jay-Z, adding the text, “This could be us.”

In the caption, the brand claimed Tesco was “playing hard to get” and asked its fans, or “Oggers”, to help it get the retailer’s attention.

“If you want to see our cakes in Tesco’s stores across the UK, tag them in the comments below,” it said.

After hundreds of shoppers appealed to the retailer, Tesco initiated a conversation and ultimately agreed to list Bites, said Oggs.

The Tesco listing was “such an important milestone” for the brand, said founder Hannah Carter. “We’re making it even easier for people to enjoy plant-based food choices that not only taste incredible but are now more accessible too,” she added.

It comes after Oggs recently entered chilled desserts with a duo of Melt in the Middle Puddings. Chocolate and Sticky Toffee Pudding rolled into Sainsbury’s last month.