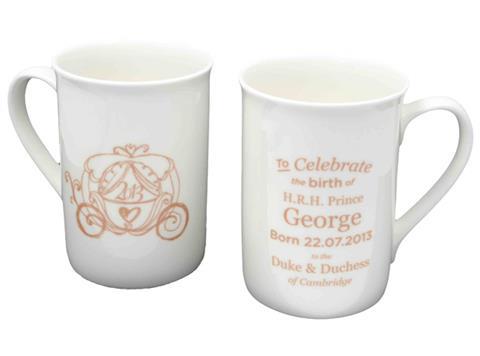 Dust off those mugs!

Here we go again: another Royal baby is on his or her way.

The news, announced this morning in a concise note from the Royal family (“members of both families are delighted”), managed to knock even the Scottish referendum off the front page. Indeed, it wasn’t long before some wags were suggesting the move was a cynical ploy to either keep Scotland in the union (presumably by charming Scots with all the hoopla surrounding a Royal birth) or to help bury bad news – namely, ‘panic’ in the referendum No camp.

Such cynicism is easy to spread in this age of social media – but no more so than that other viral phenomenon: brand bandwagon jumping.

“Hearty congratulations to the Duchess of Cambridge! Here are our #ThreeWordsSheWantsToHear: ‘Pampers on offer’”, was the first thing Tesco had to say on the matter. Keeping it (just as) classy, Tesco’s clothing brand F&F was quick to tweet: “Prince George is going to be a big brother! You’ll be needing this, Kate and Wills”… with a link to a ‘New baby clothing checklist’. At least these were broadly on topic. Shoe retailer Office’s attempt to flog kids’ Dr Martens on the back of the Royal announcement seemed a step too far.

It shouldn’t come as a surprise. The birth of Prince George in July 2013 was met with a tidal wave of cash-ins, from commemorative biscuit tins to the baking of the UK’s most expensive loaf (£30, in case you’d forgotten).

The Centre for Retail Research predicted George’s arrival would bring a £243m boost to the British economy, with £87m being spent on food and drink alone. Indeed, the ONS recorded retail volume sales up 3% in July 2013, while food & drink sales recorded their best figures for five years, as shoppers basked in the warm weather and popped the Champagne (much of it on Royal baby-related offers).

George has been good value so far (he’s managed to look supremely cheesed off in every picture ever taken of him). Retailers can only hope that the latest arrival brings a similar lift, with the general celebratory mood boosting sales across the board – though this occasion almost certainly won’t fall in the height of summer (the due month has yet to be announced because the Duchess hasn’t passed her 12-week date).

In the meantime, we can expect more of the same shameless circus. How many promos can brands cook up in the intervening months? Will anyone have the nerve to dust off generic Royal baby mugs and put them back on shelf? And can anybody top the utterly puerile but rather amusing stunt from Golden Wonder, which last time had minions approaching people outside cinema toilets in Oxford, handing out crisps to those ‘third in line for the throne’…?

And that’s not forgetting the endless speculation about the new nipper’s name. Last time, it was a chance for George at Asda to make hay. It seems unlikely any of the grocers will be so lucky this time around. Though Princess Nutmeg has a definite ring.