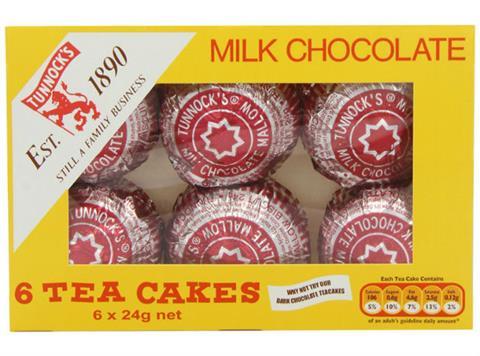 Scottish bakery Thomas Tunnock has been rapped by advertising regulators over a “sexist and offensive” poster for its Tunnock’s Tea Cakes.

The poster, which was displayed adjacent to the SEC Hydro Arena in Glasgow on 6 November 2017 to coincide with a charity tennis match, featured a female tennis player holding a tea cake in place of a tennis ball at the top of her thigh, with her skirt raised at the hip and her underwear clearly visible.

Insisting the poster was not meant to cause offence, Thomas Tunnock said the ad was “created with a tennis audience in mind” and claimed the teacakes were used to “substitute the normal placement of tennis balls”.

However, the ASA upheld the complaint, concluding it was “likely to cause serious offence to some consumers” and had therefore breached advertising rules.

“We considered the phrase ‘serve up a treat’ would be understood to be a double entendre, implying the woman featured in the ad was the ‘treat’, and considered this was likely to be viewed as demeaning towards women,” the regulator said.

“We considered that although the image was only mildly sexual in nature, when combined with the phrase ‘serve up a treat’ it had the effect of objectifying women by using a woman’s physical features to draw attention to the ad.”

The ASA ruled the ad must not appear again in its current form, and told Thomas Tunnock to ensure its future advertising was socially responsible and did not cause offence by objectifying women.