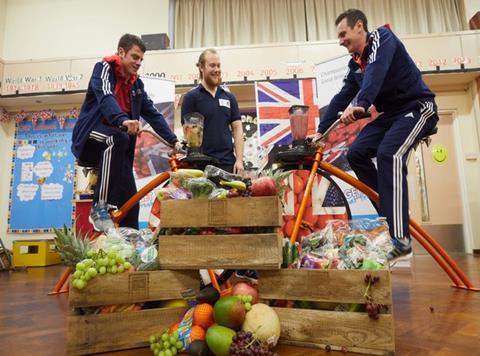 Aiming to reach 1.2 million five to 14-year-olds in schools across the UK by 2020, Aldi said it hoped the programme would develop an understanding and love of fresh, healthy food, the skills required to cook for themselves, and the desire to celebrate food with friends and family.

“We’re incredibly excited to be the official ambassadors of the Get Set to Eat Fresh programme, which we know will have a huge impact on young people’s healthy eating habits nationwide,” said Alistair.

The Brownlees launched 2017’s campaign on Thursday as they competed against each other on a “smoothie-cycle” - a bike that produces healthy drinks using pedal power - at Yeadon Westfield Infant School. 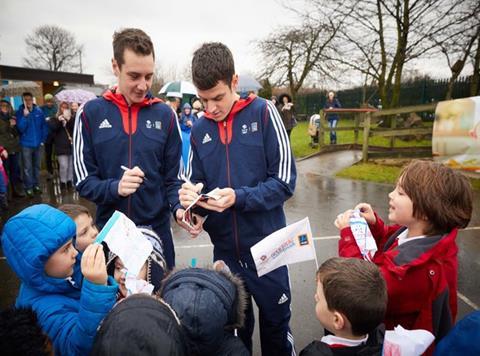 “As athletes, we know how important diet, nutrition and being active is to living a healthy lifestyle and we strongly believe we can help support the ambitions of Aldi and Team GB as they look towards 2020,” added Jonathan.

Since its inception four years ago, 400,000 young people have been reached through Get Set to Eat Fresh with more than 2,000 schools signing up to the programme.

“We are determined to make the Get Set to Eat Fresh programme a huge success and having the Brownlee brothers on board is going to help us achieve our ambitious goals,” said Aldi CEO Matthew Barnes.

“At Aldi, we want to encourage the nation to eat fresh, healthy, quality produce and Get Set to Eat Fresh has allowed us to promote this message to families throughout Britain.”

The Get Set to Eat Fresh programme was “undoubtedly one of the great successes” of the supermarket chain’s partnership with the British Olympic Association, said its CEO Bill Sweeney.

“To have two athletes of the calibre of Alistair and Jonny emphasises the quality of the programme, but more importantly their feats in Rio and the lives they lead as elite athletes can be an inspiration to young people throughout the UK,” he said.