We can do better than QR code scanning 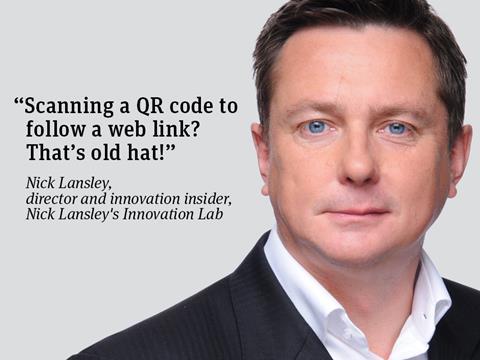 The new marketing tie-up between Kit Kat and Google’s YouTube is another example of getting fans to immerse themselves deeper in their favourite brands.

After the earlier Android Kit Kat partnership - which saw the product’s name used in the naming convention for a version of the operating system - the opportunity to connect with gadget fans and nerds once more clearly proved irresistible for Nestlé.

But this latest tie-up displays a curious lack of imagination given the audience Nestlé is targeting. Scanning a QR code to follow a web link? That’s old hat!

Indeed, Nestlé tried to do something similar in 2013 with digital labelling to enable shoppers to find more detailed product information than would normally be available on pack. At the time, Nestlé said the QR code allowed it to communicate the importance of responsible nutrition, moderation and a varied diet - a great use of the technology.

However, Nestlé’s latest marketing exercise is all about taking a break and enjoying an experience. Shouldn’t it therefore have made the implementation fun?

For example, Nestlé could have encouraged use of apps such as Google Goggles, which could have been trained to recognise the Kit Kat, and prepared something special. That would more ‘satisfyingly simple’ than using the camera to image a QR code.

Starbucks brought its coffee to life with an augmented reality ‘Cup Magic’ mobile app. Animated characters sprang from the cup and you could tap to interact with them as you sipped your cappuccino.

And five years ago Tesco used ‘Blippar’ augmented reality in its print campaign for ‘Price Drop’ for customers waiting for the train or seeing the advert in newspapers. The printed ad graphics bounced into life and suggested the nearest Tesco stores and current promotions. Thousands of customers tried it and fed back that it was fun and compelling.

I’m sure Nestlé has created a set of compelling videos for its QR code partnership with YouTube. But let’s face it, the most successful/fun videos are the ones your family and friends share - not those served up by a brand.