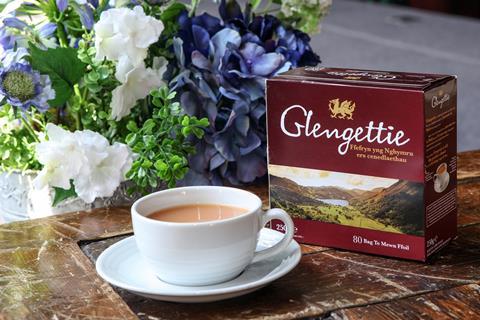 Glengettie tea was first marketed in 1952

The campaign focuses on the family occasion and the heritage of the brand, which was first marketed in 1952. It is available in bagged and loose leaf formats predominately in and near Wales, having been blended to complement the area’s soft water. Glengettie is described by its owner, the Typhoo Tea Company, as ‘full bodied’ and ‘brisk’.

The new ads - in which Botcher plays her TV character - will run for six months across Heart, Capital, The Wave and Swansea Sound. It will be supported by outdoor and online activity, and the Glengettie tea tour, which will set off next year on St David’s Day (1 March), with a branded camper van giving out cups of tea. There will also be a competition to win UK family adventure breaks.

“I love a good cuppa and for me, it’s got to be Glengettie,” said Botcher. “We can’t get enough of it in our family. We’ve drunk it for as long as I can remember, so it’s great to be able to work so close to the brand.”