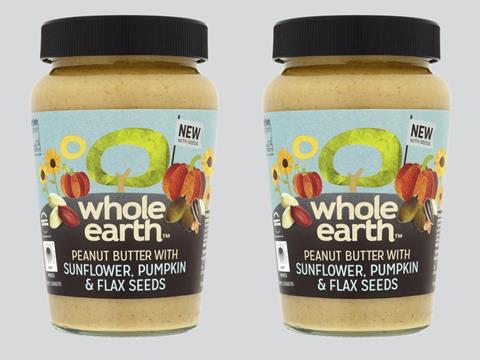 Sales of peanut butter have overtaken marmalade after a year of intense NPD and marketing centred on health.

Whole Earth’s growth has been driven by a combination of NPD, widened distribution in The Co-op Group and Tesco, and sponsorship of sporting events. It has partnered with the British Triathlon Association and endurance race Man Vs Horse, as well as launching on-the-go sachets aimed at cyclists and runners in 2013.

“More people are now taking sport into their lifestyle,” said Whole Earth marketing director Gill Hesketh, pointing to the September launch of three new nut butters with added seeds as another example of how the brand was looking to attract health-conscious consumers.

Jam, honey and marmalade’s combined decline of 3.1% on volumes down 5.4% had been driven partly by concern about sugar content, said Sue McIntosh, marketing manager at Meridian Foods, which also reported strong growth in its nut butters.