Wrigley signs up to Bin it for Good litter initiative 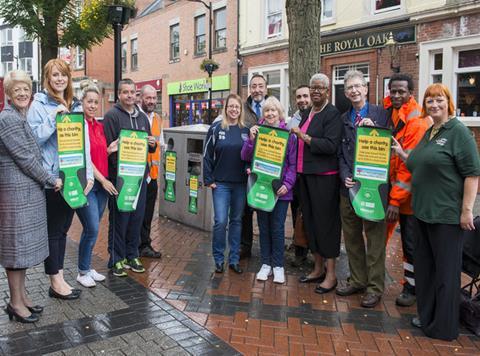 Confectionery brand Wrigley has partnered with environmental charity Keep Britain Tidy to try and reduce litter in the UK.

The Bin it for Good initiative has been launched to encourage people to put their rubbish in bins and make money for local charities at the same time.

The initiative gives an amount of money to charity depending on how much litter is put in a public bin. All street bins in the areas chosen will be turned into a ‘charity pot’ with labels shaped like charity collection buckets identifying them: the more litter that goes in, the greater share of the pot the featured charity receives. It was piloted in five locations across England last year, and saw an average reduction in litter of 30%. The waste is monitored a week prior to the initiative, and then during each month of the campaign. The change in the weight of the litter then determines the donation made to charity.

It has now been rolled out to four different areas: Nottingham, Haringey, Sutton and Kettering for three months until 11 December.

“We are keen to champion enthusiastic retailers who are looking to take their first step in bettering their neighbourhood,” said Alex West, Wrigley senior corporate affairs manager for UK and Ireland.

“After more than a decade of experience in supporting programmes to tackle litter, it is clear to us that the challenge will only be solved through behaviour change, education and encouraging responsible disposal.”