M&S returns to top of 'most sustainable companies' list 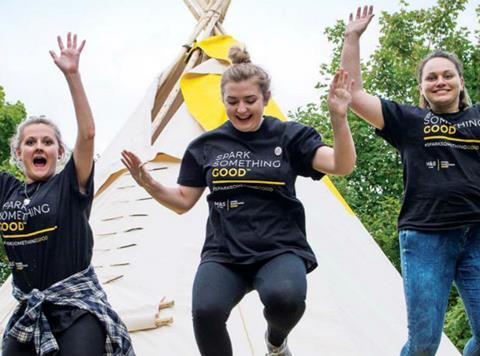 M&S has taken the title of the most sustainable company in the FTSE 100, in a report by consultancy Carbon Clear.

The retailer has regained its top spot, a position last held in 2015, after passing BT Group.

M&S scored 90% in the analysis of companies’ performances in measurement and reporting; strategy and governance; targets and reduction; and engagement and innovation.

Tesco moved into the top 20 companies for the first time with a score of 69%, placing it 10th. Morrisons and Sainsbury’s were included in the study but did not make the top 20, so their scores were not revealed.

Rachel Hunter, director of communications at Carbon Clear’s parent company EcoAct Group, said supermarkets had upped their game in sustainability. This year, the four supermarkets had an average score of 61%, up from 59% in 2016.

“Supermarkets are scoring pretty well across the board and particularly in challenges such as energy efficiency and managing the supply chain, while maintaining their competitiveness,” she said.

Hunter praised Tesco for signing up to an “ambitious carbon reduction target” this year, which will see it work towards a 35% reduction in emissions by 2030.

She also singled out M&S for “pushing the boundaries” with its Plan A programme, which took a “holistic approach” to sustainability.

M&S launched Plan A in 2007 with the aim of tackling “the big issues facing retailers, consumer businesses and society today”. This year’s initiatives have included setting up mental health cafés, taking out 75 tonnes from its packaging, and redistributing surplus fresh food.

M&S also became carbon neutral in 2014 and over the past year has improved energy efficiency by 39%.

Plan A director Mike Barry said there was a “huge amount to be proud of” as a company. He added that M&S was keen to do more over the next year as it presses ahead with funding a trial of 10 sites in which M&S is exploring “what more we can do for communities”, plus works to further reduce packaging