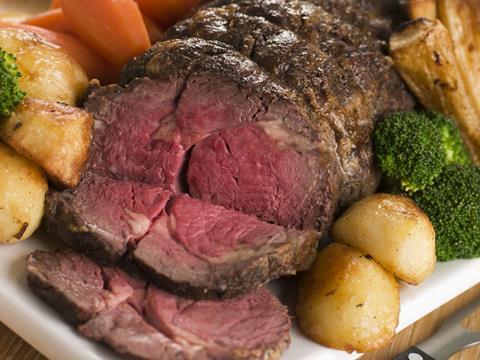 The news that cutting meat consumption will reduce global warming is not exactly new – and neither are calls for a carbon tax on meat. So there was a distinct whiff of déjà vu around Chatham House’s latest report, which looks at how the government can influence diets to help save the world.

But while the same calls to action have been bellowed by environmental and vegan groups for years, they have never held quite as much gravitas as they do coming from an organisation as influential and respected as Chatham House.

The London-based policy group, also known as the Royal Institute of International Affairs, is considered the most important think thank on international relations in the UK and consistently ranks highly in the University of Pennsylvania’s annual ‘Global Go To Think Tank Index’, where it has been named the number one think tank outside the US for seven years and number two worldwide for four years.

And this influential group has not minced its words when it comes to what must be done with meat.

Now, I am probably not alone in finding some of the wording in the report a little bit, well, creepy.  From its declaration that “markets have failed” and more “interventionist – but necessary – approaches” are needed, to its insistence that “publics respond best to simple messages” which should be disseminated via “trusted sources” – it all sounds a bit Nineteen Eighty-Four.

But there is no getting away from the fact that meat’s role in climate change has just been elevated to a point of political debate, and I don’t think this is the last we will hear on the issue. And it will no doubt be met with a sigh by the already beleaguered meat industry, which has barely recovered from its recent bashing by the World Health Organisation.