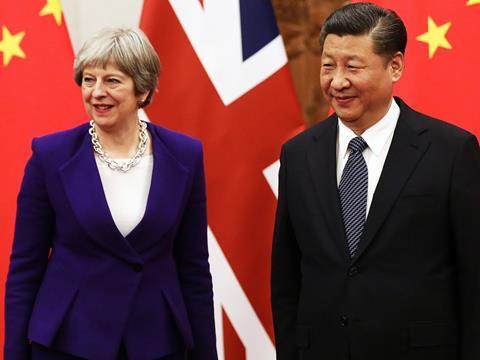 The agreement presented a significant opportunity for British farmers, said an AHDB spokesman, with initial figures suggesting the market could be worth £250m within the first five years. He added the commitment was a “massive step forward” for the industry, which has not exported to China since the BSE crisis of the 1990s.

Theresa May said on her trade visit to China this week: “We have agreed new measures to improve market access in China and remove barriers to trade.

“This includes an agreement to make progress on the lifting of the BSE ban on British beef exports within six months and an agreement to allow exports of a broader range of dairy products from the UK to China.”

However, shipments of beef are far from imminent as industry figures estimated a deal could take around three years to agree. The first phase of the process to form an export agreement is tentatively set for the spring, when China is expected to send a delegation of inspectors to carry out checks on UK beef.

“China is one of the fastest growing markets for beef. Last year consumption grew by 4% while domestic production only grew by 1%, so there is an increasing reliance on imports. We hope British beef will fill this quota and provide a traceable, quality product with high provenance.”