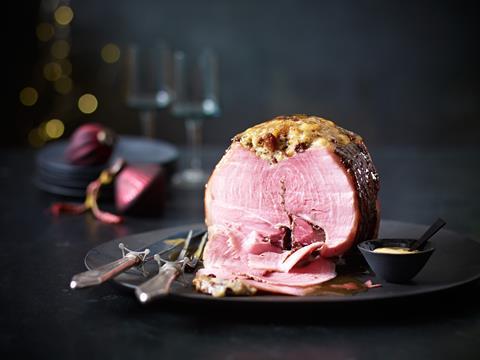 Pig farmers plan to name and shame retailers over misleading labelling and bulk ordering of imported gammon this Christmas.

The National Pig Association launched its Christmas GammonWatch campaign this week, with members already conducting surveys in supermarkets across the UK for a new weekly report. Gammon will also be added to the NPA’s PorkWatch survey in December.

“In addition to carrying out our own checks, we are asking shoppers to check gammon labels carefully this Christmas to ensure the product they buy is made from cured British leg of pork, and not from imported pork that has only been cured in Britain,” said National Pig Association chairman Richard Lister.

The NPA said supermarkets typically imported about 70% of gammons for the festive market, despite there being “plentiful” supply available from British producers.

It claimed British welfare standards for pork were much higher than other EU countries, with nearly half of Britain’s sows kept outdoors and their progeny raised to RSPCA Assured standards, “a form of high-welfare husbandry almost unheard of in other countries.”

NPA chief executive Dr Zoe Davies said “successive surveys” had demonstrated that consumers were willing to pay more for British pork, especially in the wake of the horsemeat scandal.