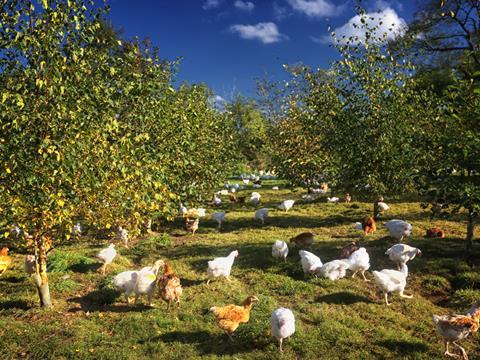 Moy Park is set to invest a further £10m in its Derbyshire poultry facilities following its acquisition by Brazilian meat giant JBS.

The company, sold to JBS by Marfrig for $1.5bn (£988m) in September, is embarking on a “major” investment programme at its hatchery in Ashbourne, increasing production to over 1.2 million chicks per week.

It is also updating its Ashbourne processing plant with a new cutting line, processing equipment and refrigeration chilling technology to boost capacity to over one million birds a week.

“This is a really exciting development for Ashbourne, which will see the hatchery and the factory transformed into state-of-the art facilities employing the most technologically advanced equipment,” he added.

“This multimillion pound investment will meet the highest standards of animal welfare, hygiene and biosecurity.”

The Ashbourne investment is part of Moy Park’s “wider growth strategy”, which remains on track following the sale to JBS.

Speaking at the time, Moy Park chief executive Janet McCollum described the acquisition as an “exciting new phase” in Moy Park’s development, but insisted that Moy Park’s day-to-day focus would remain “very much business as usual”.

JBS said it hopes to use Moy Park, which has 14 processing facilities across the UK, Ireland, the Netherlands and France and works with over 800 farmers across Northern Ireland and England, as a launch pad into Europe and a platform to grow its business with UK retailers.

Moy Park has 14 processing facilities across the UK, Ireland, the Netherlands and France and works with over 800 farmers across Northern Ireland and England. The company has embarked on a broiler expansion programme that will see 250 new poultry houses constructed in Northern Ireland by the end of 2015.