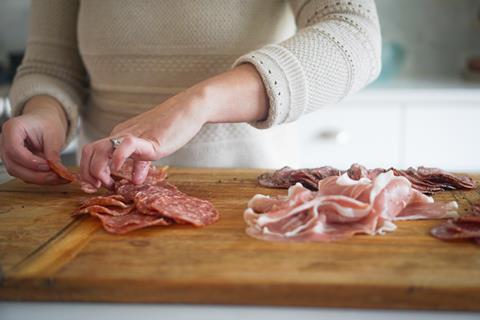 Recent stories in the mainstream media have accused the meat industry of ignoring research and using nitrites unnecessarily. These reports were frustrating to see as they were based on a partial leak of information from an ongoing study into the role nitrites play in preserving meat.

The study in question is a great example of the British meat industry working together to tackle food safety issues, with a number of BMPA members contributing towards the cost of the scientific research. It is just one part of a wider commitment to challenge and question established practices as well as new innovations.

It is important that the industry maintains an open mind and conducts such research regularly to ensure that we stay on top of new innovations and technologies as well as challenging what we already know. We must also demonstrate our commitment to embracing new research and evidence and our willingness to change where appropriate. Such a rigorous approach sends a strong signal to consumers and should reassure people that British companies produce products to some of the highest standards in the world.

It was, therefore, incredibly disappointing to see one of the group of members, who participated in this first round of research, leak selected information to The Observer. It appears that they leaked the parts of the report that they wanted to be made public with the intention, we suspect, of creating a headline that would potentially benefit sales of their product. This has put a dent in the spirit of co-operation among fellow meat industry companies. We can only hope it will not stop the industry working together in the future.

Opinion: Treat the nitrites study with caution. It shows processors want to learn

There is a widely held opinion in the meat industry that nitrites can have an inhibitory effect on food poisoning and can suppress the growth of different bacteria that can cause food poisoning. They also play a part in imparting colour and taste to cured products. These uses of nitrites have been accepted on a worldwide basis for decades, starting in 1925 when they were first used in the US. Indeed, EFSA’s 2017 report, along with many of the official food safety websites around the world, all endorse this view.

The British meat industry is constantly looking at issues like this and in 2018 a consortium of BMPA members commissioned research to assess the degree of inhibition of c. botulinum that nitrites can exert in cured meat. The output of this study will contribute to the existing body of knowledge and will help to provide new evidence and clarity around the factors contributing to the safety of vacuum and modified atmosphere packaged meat products with regards to this organism.

The findings of this new research are currently being studied and analysed in context. The consortium members quite rightly, having contributed to the research, are entitled to have the first look at results and have the opportunity to contemplate the results before they are published more widely.

The industry in this instance has worked together to understand and explore a very complex process and this work should be seen as the food industry taking its responsibility to provide the consumer with safe and high-quality food seriously.