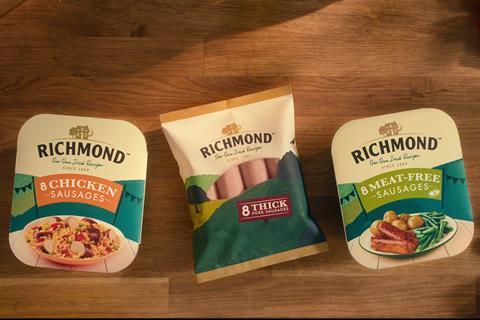 The Kerry Foods-owned brand’s marketing push is billed as showcasing the “universal appeal” of its sausages.

It will air during The Chase and Love Island until 23 February, as well as on ITV’s video on-demand service until mid-March.

Richmond’s entire portfolio – including its meat-free, chicken and pork sausages – will feature in the advert, which the brand called a “dramatisation” of sausage cooking.

“As we move into 2020, we are excited about the growth of the Richmond portfolio into healthier proteins,” said director at Kerry Foods Dawn Spencer. “This is helping us to demonstrate to retailers and consumers why we’re the nation’s favourite sausage brand.”

It is the first major activity by Richmond since it launched low-calorie thin chicken sausages last year.