Spam: as it turns 80, five things you never knew 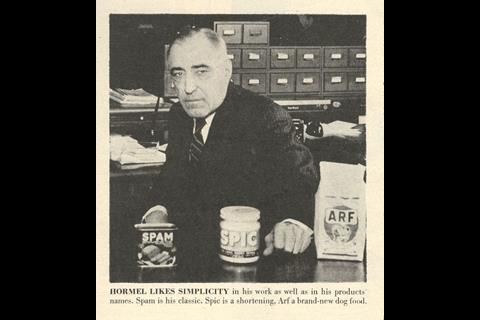 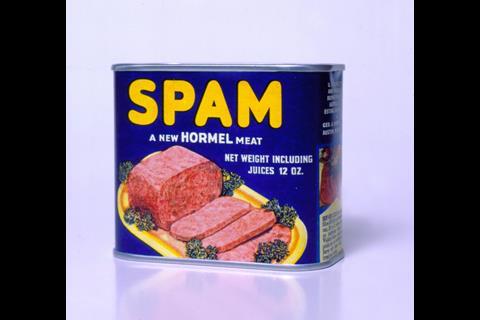 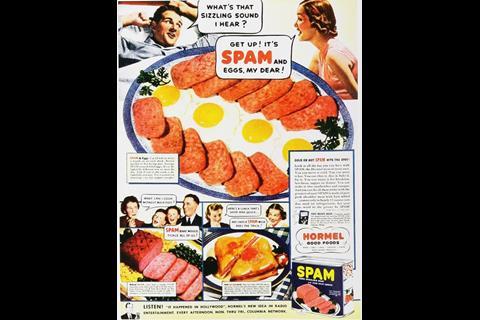 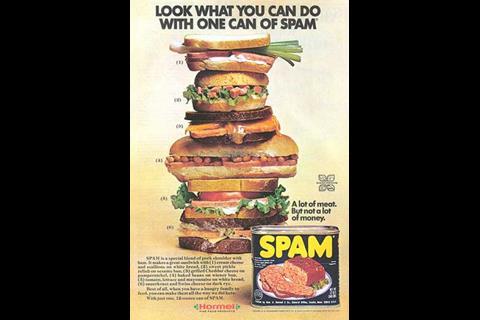 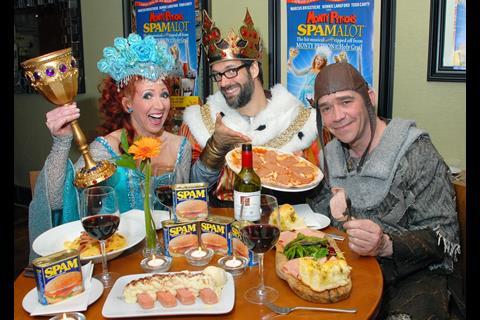 Mention Spam to a teenager now and they’re more likely to think of irritating emails or dancing, singing knights than a tin of pork. But there was a time when Spam kept Blitz-besieged Brits and American GIs’ stomachs full and was in every household cupboard.

Exactly 80 years and 80 billion cans after it was first created by The Hormel Food Company of Minnesota, Spam has achieved something of a cult status for such a down-to-earth product (you can even visit the Spam museum or take a Spam tour, if you’re so inclined).

The name’s wrapped in urban mythology, for a start - depending on who you talk to it stands for ‘Shoulder of Pork and Ham’, ‘Sizzle. Pork. And. Mmm’, or the somewhat less appetising ‘Scientifically Processed Animal Matter’. Or it could just be an abbreviation of ‘spiced ham’.

So to mark its 80th birthday, celebrated today (5 July), here are five more things you might not know about Spam (may contain dancing knights).

1. ’Simple but catchy’ Spam name is short for ‘spiced ham’

When rivals started trying to muscle in on the idea of selling excess pork meat in a tin, Hormel Food Company president Jay Hormel decided his product needed something to set it apart. Legend has it that he offered a $100 prize to the person who could come up with the best most memorable name, and when the brother of his vice president came up with the simply but catchy Spam - short for ‘spiced ham’ - history was made.

Spam took on a legendary status thanks to the surreal minds of the Monty Python boys. The famous 1970 Green Midget Café sketch elevated the everyday product to a comic catchphrase in the British consciousness, and 36 years later Eric Idle sealed the immortal status by naming his Monty Python musical ‘Spamalot’. Never one to shy away from a cheeky swipe at the French, Idle helped design a limited edition Spam with Stinky French Garlic can.

Spam’s sold in 44 countries worldwide but it has particularly devoted followings in Hawaii - they hold the SpamJam festival each year - and Korea, where it’s considered a delicacy. Like much of the rest of the world, Hawaiians were first introduced to the tinned pork during the Second World War, when it was a favourite of American GIs, and the tradition has stuck. Now you’ll find it all over the island, blended in with traditional Caribbean dishes served at breakfast, lunch and dinner.

4. America’s first astronauts were dubbed ‘Spam in a can’

When the Project Mercury space programme was first launched, the astronauts were little more than passengers in uncomfortable cramped conditions. Perhaps out of sympathy, or jealousy - or because they thought the astronauts were all dead meat - US fighter pilots of the day sneered that they were nothing more than ‘spam in a can’.

5. For better or for wurst

One fan took his love for Spam to another level, all the way down the aisle. The Brit, from Liverpool, not only had his name changed by deed poll to Mark ‘I Love Spam’ Benson, but chose to be married at the Spam Museum in Austin, Minnesota. No prizes for guessing what was served at dinner.