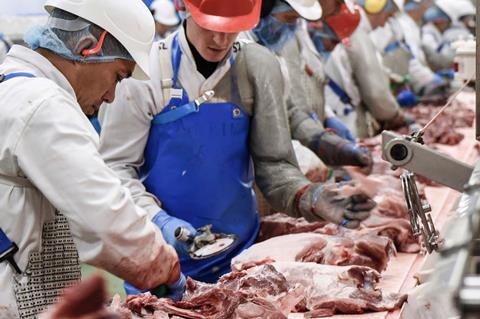 Pork giant Tulip has invested £15m to reopen its Bromborough site on the Wirral this month, just over a year after it was mothballed.

Tulip said the investment would go towards the creation of 120 new jobs, in a number of roles across operational positions, as well as apprenticeships.

With the investment also going towards state-of-the-art manufacturing technology, Tulip said the plant would become “a centre of excellence for the UK’s fresh pork manufacturing”.

Operations will initially focus on the production of higher-welfare, Red Tractor and EU fresh pork for retail customers, with scope for further growth in the future.

Tulip customer director Julian Weeks has been appointed to the position of site director. He will report into retail operations director Shaun Kay and has spent ten years within the retail side of the organisation.

“The re-opening of our site in Bromborough is great news for our business, the local community and our customers,” said Tulip CEO Andrew Cracknell.

“Julian’s track record within the business and across the wider industry speaks for itself and his commercial insight and integrity will help to drive a real culture of ownership and accountability as we look to build a business based on solid, customer-centric foundations.”

The news comes six months after Tulip announced plans to close its Tipton site in the East Midlands, primarily due to its age and location, and a need for significant investment. Tipton was also the site of more than 30 cases of Covid-19. Tulip said it planned to close the plant in the autumn.