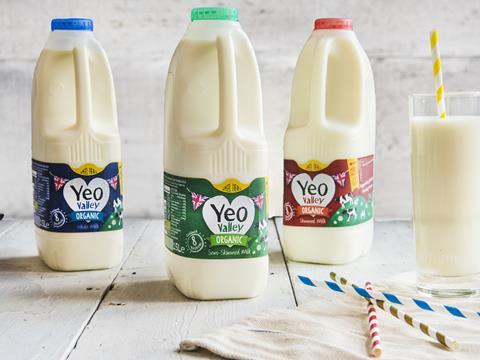 The deal will see Arla acquire the licence for Yeo Valley’s milk, cheese and spreads division

The Competition & Markets Authority has given its thumbs-up to the proposed multimillion-pound takeover of Yeo Valley Dairies by Arla Foods.

The regulator today (11 July) approved the deal following an investigation launched in May into whether the dairy sector was at risk of “a substantial lessening of competition”.

The CMA announced it had “cleared the anticipated acquisition by Arla Foods Ltd of Yeo Valley Dairies Ltd including a licence to supply certain dairy products under the Yeo Valley brand”. The planned transaction is now unconditional.

In response to the decision, Arla said it was looking forward to legal completion of its purchase and “to working together on growing the Yeo Valley organic dairy brand in the UK”.

Ash Amirahmadi, who took over as Arla UK managing director at the end of last month, hailed “significant news for our business, the industry and our farmer owners”.

Continued investment in the Arla and Yeo Valley brands would be key in maximising growth of organic dairy products, he added.

“We particularly want to extend a warm welcome to the dairy farmers within the Coombe Farm Milk Pool, who are partner suppliers to Waitrose Duchy Organic. Our cooperative beliefs and values are very aligned and we look forward to working closely in the coming months.”

The deal, which was first reported in February, will see Arla acquire the licence for Yeo Valley’s milk, cheese & spreads division as it seeks to capitalise on growing consumer demand for organic produce.

Arla will pay annual royalties to Yeo Valley and take over the sole rights to sell Yeo Valley products in the above categories.

However, the Yeo Valley yoghurt, ice cream, cream & desserts business will continue to be run independently through Yeo Valley Group, which remains under the ownership of the Mead family.

In February, Arla’s previous UK MD, Tomas Pietrangeli, told The Grocer that the dairy co-op was planning a major NPD push for the Yeo Valley brand as soon as the deal had secured CMA approval.